Transcatheter Chemoembolization of a Hepatocellular Carcinoma Utilizing Lipiodol through the Pancreaticoduodenal Arcade: A Case Report 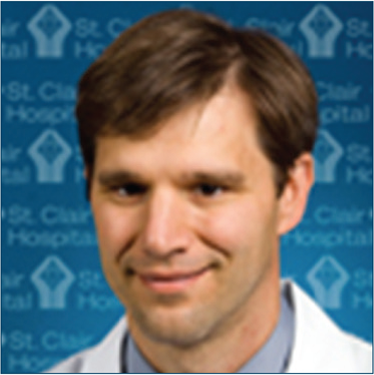 How to cite this article: Patterson SP, Foster RG. Transcatheter Chemoembolization of a Hepatocellular Carcinoma Utilizing Lipiodol through the Pancreaticoduodenal Arcade: A Case Report. Am J Interv Radiol 2018, 2(5) 1-4.

This case report describes the chemoembolization of a small hepatocellular carcinoma employing a lipiodol drug delivery system utilizing a novel arterial pathway. Because the target lesion was precariously located adjacent to the inferior heart border and the diaphragm, it was unsuitable for imaging-guided microwave ablation. To achieve chemoembolization, several intraprocedural adaptations were necessary, given the variant anatomy encountered and difficulty accessing the left gastric artery through a celiac artery approach. The left gastric artery was selected from a superior mesenteric artery approach through the pancreaticoduodenal arcade (Rio Branco’s arcade). This case illustrates the importance of a mastery of the vascular anatomy and variants of hepatic arterial flow.

Despite recent advances in imaging directed microwave ablation and its demonstrated efficacy in treating inoperable small hepatocellular carcinomas, some hepatic lesions remain unsuitable for microwave ablation due to their proximity to adjacent vital structures.[1] This subset of patients is typically referred for treatment with transarterial chemoembolization with drug-eluting beads or radioembolization with embospheres.[2] Due to its long-lasting staining of hepatocellular carcinomas (HCCs), a lipiodol-based drug delivery system is considered the gold standard among other transcatheter arterial chemoembolization procedures.[3] The successful endovascular treatment of liver tumors requires interventional radiologists to have a thorough understanding of both the normal anatomy and anatomic variants of the hepatic arterial supply.[4]

This report describes the successful transcatheter chemoembolization ablation of a 9 mm hepatocellular carcinoma utilizing a lipiodol-based drug delivery. This case delineates the variant anatomy encountered and the path pursued through the pancreaticoduodenal arcade to reach the left hepatic artery originating from the left gastric artery.

A 68-year-old male presented with a history of cirrhosis due to hepatitis C. He underwent triphasic computed tomography (CT) imaging of the liver at an outside institution which revealed a 9 mm hypervasular lesion in the lateral segment of the left lobe of the liver (Figure 1).

He was referred to our interventional radiology department for potential image-guided ablation of the lesion. On reviewing the CT images, it was determined that the lesion was unsuitable for microwave ablation, due to its cephalad location in the liver, adjacent to the inferior heart border (Figure 1b). A diagnostic angiogram was performed for pre-chemoembolization planning to map the vessels supplying the lesion. In addition, lipiodol was injected to mark and further confirm that the lesion was an HCC.

Post-procedural CT images of the liver demonstrated successful lipiodol marking of the lesion, providing further confirmation that the lesion was a small HCC (Figure 4). Because the lesion was lipidol avid, a plan was established to repeat chemoembolization from the left brachial artery approach. The goal was to select the left hepatic artery from a celiac artery approach to repeat chemoembolization with Adriamycin-labeled drug-eluting beads and to occlude the left hepatic artery.

Hepatocellular carcinoma is the fifth most common tumor worldwide and the third most common cause of tumor-related death.[5] The overall incidence of HCC in patients with cirrhosis is 29.7% (3.0%/year).[6] Due to the post-operative morbidity and mortality risk in patients with cirrhosis, these patients are typically managed non-operatively with image-guided therapeutic methods.[5,7]

At our institution, the patients with inoperable HCCs are typically treated with CT-guided microwave ablation. Smaller lesions which are more difficult to visualize on CT, undergo transarterial preprocedural marking with lipiodol.[8,9] Tumor size and location should be carefully considered before ablation therapy. In general, an ideal tumor for percutaneous ablation is smaller than 4 cm.[1] Despite the ideal size of the HCC in our case, its close proximity to the heart rendered it a poor candidate for microwave ablation. When adjacent vital structures such as the heart cannot be separated from the zone of ablation, and the risk of the thermal effects are significant, we typically proceed with selective angiography and transcatheter chemoembolization.[1] Angiography allows for selective catheterization, precise delivery of chemotherapeutic agents, and occlusion of the arterial supply.[2,3,5] Lipiodol was utilized as a drug delivery system. Lipiodol’s tumor-seeking properties allow for higher tumor concentration of the chemotherapeutic agents, as well as plastic and transient embolization of the tumor microcirculation.[3,5,10]

We would like to thank Gordon K McLean, M.D. and Dina Patterson M.D. for their diligent efforts in editing this case report.