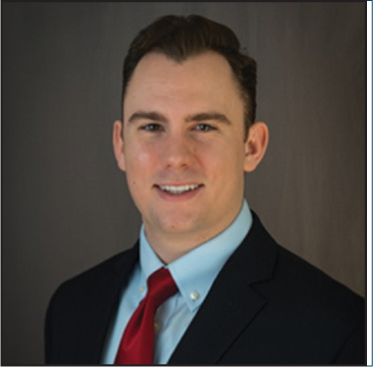 Anomalous aortic origin of a left coronary artery occurs when the left coronary artery (AAOLCA) arises from the incorrect coronary sinus. AAOLCA is a rare occurrence and may lead to myocardial ischemia and subsequent angina, dyspnea, and decreased exercise tolerance.[1,2] Treatment of AAOLCA is surgical mobilization of an anomalous left main coronary artery, pulmonary artery translocation, and interposition graft to the right pulmonary artery. With placement of stents, there is risk of fracture, risk of embolization, risk of stenosis with intra-stent neo proliferation, and the increased risk and complexity for further surgery.[3] There remains limited data available regarding the incidence and management of pulmonary artery graft occlusion and stenosis.

On the following day, the 5 French Mikaelsson infusion catheter was exchanged for a 5 French pigtail catheter, and a pulmonary angiogram again showed absent flow into the main right pulmonary artery. Over a 0.035ʺ guidewire (Cook Medical Inc., Bloomington, IN), a 6 French AR1 and guide catheter (Medtronic, Minneapolis, Minnesota) were used to engage a tiny crevice, created after the tPA chipped away at the occlusive thrombus, into the right pulmonary artery. Next, a 0.014ʺ Confianza wire (Abbott, Abbott Park, Illinois) and 1.7 French microcatheter combination (Terumo, Somerset, New Jersey) were used to cross the occluded right pulmonary artery graft. An angiogram was performed, and the right pulmonary artery and branches were visualized. Several attempts to cross with a larger catheter were made, using both a 6 French EKOS infusion catheter and 4 French Fountain infusion catheter. Following the failure to cross with larger catheters, balloon angioplasty was performed using a 2 mm × 2 cm diameter balloon (Powercross-eV3/Medtronics, Minneapolis, MN), and subsequently, a 4 mm × 4 cm angioplasty balloon. Follow-up angiogram showed significant recoil following balloon dilation. A 4 French glide catheter was modified by poking holes in its most proximal 3 cm. Over a 0.035ʺ extending glide wire, the modified 4 French glide catheter was buried at the anastomosis of the occluded right pulmonary artery graft, and tPA was infused a 1 mg/h.

An angiogram through the modified 4 French glide catheter was performed 24 h later and showed patent left pulmonary artery branches and residual thrombus in the right pulmonary graft. Stenosis was also noted through the graft. After numerous attempts, a 0.018 guidewire was advanced into the right lower lobe pulmonary artery branch. A 6 mm balloon catheter was advanced through the graft and angioplasty was performed (Dorado - Bard Medical Division, Covington, GA) (Figure 2a). A 12 mm × 4 cm stent was deployed into the right pulmonary artery graft and dilated using the 6 mm × 4 cm balloon (Figure 2b). Subsequent angiography showed moderate improvement in arterial flow, although there was persistent stenosis immediately distal to the stent. Subsequent attempts to advance the balloon through the area of stenosis were unsuccessful. Catheter-directed thrombolysis (CDT) was continued per protocol with tPA infusion at 1 mg/h.

Follow-up was done 6 weeks later with CT angiography, which showed persistent stenosis of the right pulmonary artery graft distal to the stent. Angioplasty was again performed throughout the graft and a few centimeters distal where the stenosis was initially seen (Figure 3a). Follow-up angiogram performed 10 days later demonstrated markedly improved blood flow through the graft and pulmonary artery branches (Figure 3b).

The patient continues to be followed by the interventional radiology department with CT angiography and repeated angioplasty and stenting to treat the chronic pulmonary artery graft occlusion.

Coronary artery anomalies (CAAs) in one or more of the coronary arteries may be incidentally found in 0.3– 1% of healthy individuals. Of the three types of CAAs, origin of left CAAs comprises 1.2% of CAA making the prevalence of AAOLCA 0.0036–0.012% in the general population.[4] Management of AAOLCA is still debated, but definitive surgical treatment is recommended even for asymptomatic patients. Several different management options include coronary ostial reimplantation, unroofing of impinged coronary artery segment, and coronary stent deployment.[5,6] However, due to the limited number of patients and debates of outcomes and limited information on long-term follow-up, large series of patients are needed to determine a standard of care.[5]

During the surgical repair of any vessel, stenosis is a complication that is not unexpected. Our patient’s RPA stenosis was treated with a Dacron stent. Dacron graft patency is well documented in peripheral bypass grafts; however, patency of pulmonary arterial grafts is not well elucidated. A contemporary meta-analysis of femoropopliteal bypass grafts found patency to be 60.2% at 3 years and 49.2% at 5 years.[7] Furthermore, aortofemoral bypass grafts have shown to have 9.4% yearly thrombosis rate and a 5 year patency of 59%.[8] Some of the various techniques for endograft recanalization are included as CDT, Fogarty thrombectomy, and laser recanalization.[9,10] Thrombolysis has been documented in the literature as an effective means of recanalization. However, CDT often requires prolonged infusions with potential hemorrhagic complications.[10,11] Fogarty thrombectomy has also been successfully used for endograft recanalization in peripheral endografts with a 71%–89% success rate. However, there was distal embolization in up to 9% of cases requiring adjunctive thrombolysis in 37% of patients.[10-12] Laser recanalization of Dacron grafts has a limited success rate of 30% when compared to polytetrafluoroethylene grafts and has shown to have an increased residual stenosis average of 60%.[13] Our recanalization technique using staged CDT and balloon angioplasty demonstrates a successful case for recanalization of occluded stent grafts in pulmonary arteries that could be used as a model for future cases.