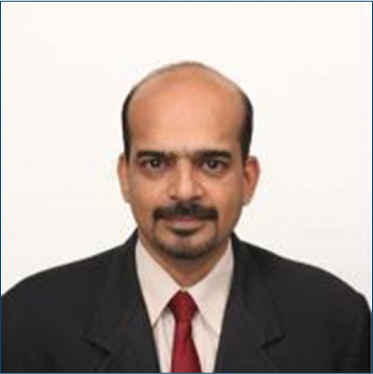 How to cite this article: George S, Yadav VK, Keshava SN, Agarwal S. Effect of Stress Maneuvers at the Ankle Joint on Peak Systolic Velocity and Waveforms in Popliteal and Posterior Tibial Arteries in Healthy Individuals. Am J Interv Radiol 2018, 2(6) 1-6.

The purpose of this study was to study the effects of ankle position on Doppler measurements of popliteal artery (PA) and posterior tibial arteries (PTA) in healthy individuals.

PA and PTAs of 20 healthy (questionnaire based and ankle brachial pressure index assessed) subjects (40 limbs) were studied with Doppler ultrasound in neutral and after active ankle joint movements.

Predominantly, a pattern of increase is seen in the mean velocity on plantar flexion and dorsiflexion in both the arteries. The most common change in the Doppler waveforms was the absence of diastolic flow (biphasic pattern). Our study confirms that waveforms in the popliteal and PTA can even be monophasic depending on the position of the foot in normal healthy individuals, therefore, when biphasic/monophasic in appearance, they should not be interpreted as abnormal or diseased.

Provocative maneuvers at the ankle joint are known to cause changes in the blood flow in the popliteal and the posterior tibial arteries (PTAs).[1] These changes become relevant as aid in diagnosis, especially in cases of popliteal artery entrapment (PAE) syndrome. PAE is an anomalous anatomic relation between popliteal artery (PA) and the surrounding gastrocnemius muscle which may occur during embryonic development.[2] Sonographic examination can show arterial compression elicited by maneuvers such as plantar flexion and dorsiflexion of the feet.[3] During active dorsiflexion and plantar flexion, the contracted gastrocnemius muscle can cause compression and stretching of the entrapped PA with loss of pulse at the ankle which can be picked up on Doppler ultrasonography in PAE.[4] However, it is not a specific finding and may be found in up to 53% of normal subjects.[5] Loss of pulse is a subjective finding, and there are limited studies in healthy individuals, which measure the magnitude of change in velocity and waveform. The aim of our study was to find this change in velocity and waveform with ankle movements in healthy individuals.

Objectives of the study

To study the effect of dorsiflexion and plantar flexion at the ankle joint on popliteal and PTA flow velocity and Doppler waveforms in healthy individuals.

It was an observational study done over 8 months. The study was approved by the institutional review board. Informed consent was obtained from all the study participants. The study participants were selected after they were screened with a questionnaire (Table 1) and objective assessment was done using ankle brachial pressure index (ABPI) (Table 2). Subjects answering “Yes” to any of the questions or with ABPI <1 were excluded from the study.

All the Doppler ultrasounds were performed with TOSHIBA XARIO SSA 660A-V using the 7.5 MHz linear transducer probe by two radiologists. Each subject was placed in prone position with feet hanging over edge of the table. They were studied in neutral position followed by active dorsiflexion and then active plantar flexion of the ankle joint. These maneuvers were performed on each limb separately. Active plantar flexion was conducted against a wall. The angle between the plantar aspect of the foot and the surface of the slab was kept approximately 50–60°, which allowed the subject to reach maximum flexion of the foot during the provocation maneuver. Active dorsiflexion was done to the maximum angle achievable by the subject. PA was studied at knee joint level and PTA was evaluated at the level of medial malleolus. Both arteries were initially evaluated to rule out significant luminal narrowing both in gray scale and color flow. The peak systolic velocity and the waveforms at the neutral position and changes brought about in them by the above-described maneuvers were recorded and analyzed.

A total of 40 limbs, i.e.20 healthy volunteers were enrolled for the study. All the subjects recruited were <30 years old. Male-to-female ratio was 4:1. The youngest person in our study group was 18 years old, while oldest was 29 years old. The mean age was 23.5 years with a standard deviation of 3.7. The popliteal and PTAs were evaluated in all subjects and significant luminal narrowing was ruled out. All vessels had normal course and no anatomic variation was observed. The velocity ranges of all the 40 popliteal arteries in various maneuvers, with median and mean are shown in (Table 3). Mean PSV of the PA in the neutral position is 65.7 cm/s which increased to 69.1 cm/s on dorsiflexion and to 66.7 cm/s in plantar flexion.

Of total 40 popliteal arteries, 39 showed triphasic waveform (Figure 1a) pattern at rest, while one was biphasic. The changes brought about by dorsiflexion and plantar flexion are shown in (Table 4).

On plantar flexion, a comparatively greater percentage 26 (66.67%) remained triphasic and 13 (33.34%) changed from triphasic to biphasic. There were no changes to monophasic waveform. One limb which was biphasic to start with did not show any change in its wave characteristics on performing the maneuvers.

Mean change in PA velocity from neutral to dorsiflexion

Mean change in PA velocity from neutral to plantar flexion

Eighteen popliteal arteries (45%) showed decrease in velocity of the PA and 20 (50%) showed increase in the velocity. The remaining 2 arteries (5%) did not show any change in velocity on performing the maneuvers (Table 6).

The mean velocity for PTA was 54.9 cm/s, which increased to 57.6 cm/s and 64.4 cm/s on dorsiflexion and plantar flexion, respectively.

At rest, out of total 40 limbs, 28 PTA’s showed triphasic pattern, while seven and five were biphasic and monophasic, respectively. The changes brought about by dorsiflexion and plantar flexion are shown in (Table 7).

Twenty eight PTAs were triphasic in neutral position and changes observed with plantar and dorsiflexion are summarized in (Table 8a).

Mean change in PTA velocity from neutral to dorsiflexion

Sixteen arteries (40 %) showed decrease and 22 (55 %) showed increase in velocity. Two PTAs (5 %) did not show any change in velocity on performing the leg maneuvers (Table 9).

Mean change in PTA velocity from neutral to plantar flexion

The mean decrease in velocity was 15.87 with the 95% confidence interval between 24.73 and 7.01. The mean increase in velocity seen was 36.78 with the 95% confidence interval ranging between 25.31 and 48.26. The normal range of blood flow velocities in the popliteal and posterior tibial arteries on performing the provocative maneuvers in our study are as described in (Table 11).

There is limited data currently available in the literature regarding the variations in the velocity and Doppler wave characteristics of popliteal and PTAs, brought about by doing various stress maneuvers at the ankle joint in healthy individuals. We studied this change in velocity and waveforms in popliteal and PTA in 20 healthy volunteers. As PA entrapment is common in young age group,[7] we have selected all of our subjects with age <30 years. In addition to PA, PTA has also been assessed so as to evaluate the distal changes brought about by compression of the PA on performing the maneuvers.

Our study shows that plantar flexion of the foot causes relatively more increase in the mean velocity of PA as compared to dorsiflexion (mean increase of 22 vs. 15 cm/s). None of our subjects demonstrated any loss of blood flow in the artery with plantar flexion. These findings are in contrast to a study conducted by Akkersdijk et al.,[8] in which disappearance of blood flow was seen in up to 59% during active plantar flexion.

The normal Doppler waveform seen in lower limb arteries is triphasic in appearance.[9] However, we saw significant variations in the triphasic pattern while performing the dorsi- and plantar flexion maneuvers. The changes in waveforms were seen more on dorsiflexion than on plantar flexion in the case of PA and the reverse pattern was seen in PTA.

The most notable change in PA was the change into biphasic form from the originally triphasic wave pattern in 46% of arteries on dorsiflexion. Comparatively on plantar flexion, 33% changed into biphasic from original triphasic and none changed into monophasic. The waveform change to biphasic could likely be attributed to temporary narrowing of the vessel owing to compression by the contracting muscles on performing the stress maneuvers.

In PTA, on dorsiflexion, 25% changed to biphasic and 7% to monophasic, whereas on plantar flexion the change to biphasic was same at 25% with monophasic being at 14%.

In contradiction to the above findings, Miles et al.[10] described normal Doppler waveforms and ankle pressures after active plantar flexion; however, in their study, the subjects had their knee flexed at 60° which reduces muscle tension in the popliteal fossa during exercise. In our study, the knees were kept in full extension throughout the maneuvers.

There are some limitations of our study. Anatomical entrapment of the blood vessel cannot be ruled out completely with Doppler examination and requires cross-sectional imaging like MRI for definite exclusion. Accuracy of the Doppler examination depends on the machine as well as the expertise of the person performing the Doppler. As this is a pilot study, the small sample size may not be representative of the entire population; a large sample data would be needed to validate these results.

Knowledge of the normal range of variation brought about by stress maneuvers on the waveform patterns and blood flow velocities in the popliteal and PTAs helps in preventing overdiagnosis of PAE or occlusion.

The change in blood flow velocity is more with plantar flexion on performing different stress maneuvers in the popliteal and PTAs in healthy individuals. Predominantly, a pattern of increase is seen in the mean velocity on plantar flexion and dorsiflexion in both the arteries. The most common change in the Doppler waveforms was the absence of diastolic flow (biphasic pattern). None of the arteries show complete absence of blood flow on these maneuvers.

Our study confirms that waveforms in the popliteal and PTA can even be monophasic depending on the position of the foot in normal healthy individuals; therefore, when biphasic/ monophasic in appearance, they should not be interpreted as abnormal or diseased.

Institutional Review Board (IRB) permission obtained for the study.