Ten-year Experience with Percutaneous Cholecystostomy for Acute Cholecystitis in Men 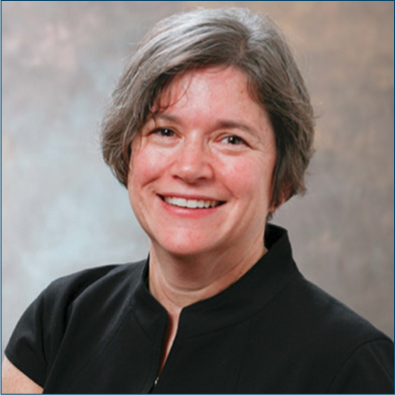 A single-institution retrospective analysis of 132 patients from 2003 to 2013. Outcome measures were survival, cholecystostomy drain outcomes, and definitive treatment with surgical cholecystectomy.

Although PC is associated with a high early mortality, 25.5 % of our patients were definitively treated with cholecystostomy alone. Certain biomarkers and patient characteristics may help model survival after PC.

Surgical cholecystostomy was first described in the late 19th century. Nearly a century later, a minimally invasive percutaneous cholecystostomy (PC) was first performed in 1979 for obstructive jaundice,[1] and then, in 1980 for acute cholecystitis.[2] PC became a recognized temporizing measure for patients with cholecystitis, either with or without cholelithiasis, who were too debilitated or acutely ill to undergo an emergent surgical cholecystectomy, for which rates of morbidity up to 41% and perioperative mortality up to 18% have been reported.[3] Recently, PC has also been proposed as a preferred therapeutic intervention, sometimes definitively, in pregnant patients[4] and in chronic hemodialysis patients.[5] However, a Cochrane Review from 2013 found that more information is still needed to determine the role of PC in high-risk surgical patients.[6] Cholecystostomy may be of utility not only in high-risk patients, categorized as such due to their own comorbidities, but also in high-risk cholecystitis, in relatively healthier patients for whom cholecystectomy may have an increased risk of complications or conversion from laparoscopic to open surgery due to the extent of gallbladder inflammation or edema.[7] It has also been postulated that cholecystostomy may serve as definitive treatment for cholecystitis, without a need for interval cholecystectomy.[8,9] The indications for cholecystostomy and for interval cholecystectomy are important clinical questions as the extent of biliary disease is increasing. Gallstones affect 10–15% of the adult population, meaning 20–25 million Americans have gallstones, and this number will only continue to rise with the increase in obesity and metabolic syndrome.[10] We retrospectively studied all patients that underwent PC at a single institution to evaluate predictors of outcomes and the fate of the cholecystostomy tube (either interval surgical cholecystectomy or tube removal).

This retrospective study was approved by the institutional review board, and the requirement for informed consent from individual patients was waived. We used an interventional radiology quality assurance database and the electronic medical record to retrospectively identify and collect data on all patients undergoing PC at our single institution from November 2003 to November 2013. Data collection included demographics (age, gender), primary diagnosis, cholecystitis diagnosis location (emergency department (ED), intensive care unit (ICU), and floor), body temperature, laboratory values (blood hematocrit and white blood cell count, serum albumin, total bilirubin, and serum alkaline phosphatase), imaging findings (gallbladder wall thickening, stones or sludge on the right upper quadrant ultrasound, or computed tomography scan), comorbid conditions (respiratory failure) (defined as requiring mechanical ventilation), renal failure (defined as requiring dialysis), and sepsis (either diagnosed in the chart by an attending or patient noted to have at least two of the following: Abnormal temperature, leukocytosis, or tachycardia), procedure dates (PC and open or laparoscopic cholecystectomy), American Society of Anesthesiologists physical status classification system (ASA), cholecystostomy tube removal interval and complications, discharge disposition (home, hospice, extended care facility, transfer, and dead), date of death, cause of death (sepsis, stroke, cardiac arrest, cancer, respiratory failure, other, and unknown), and date of last follow-up. In the univariate and bivariate analyses, age was grouped in decades, ASA combined into 1–3 or 4–5, and procedure year was dichotomized on the median at 2003–2009 and 2010–2013. Temperature and laboratory values were expressed as means and standard deviations. We used our Surgical Quality Improvement Program case log to identify the number of surgical cholecystectomies done during the same time period.

Some patients underwent open or laparoscopic cholecystectomy following PC. Kaplan–Meier plots were used to display the intervals between cholecystostomy and cholecystectomy. We used simple and multivariate competing-risks regressions to study factors associated with undergoing surgery after cholecystostomy while accounting for differential survival following the initial procedure.

Analyses were performed using Stata version 13.1 (StataCorp, College Station, TX). P <0.05 was considered significant, and those <0.10 and >0.05 were considered trends.

From November 2003 to November 2013, 434 surgical cholecystectomies were performed at our institution. During this same time period, a total of 132 patients underwent PC (Figure 1). All of the patients were male, and the mean age was 70.6 years with a quarter of the patients over the age of 80 years (Table 1). The health-care facility’s bed capacity remained the same in this timeframe. Of the patients who eventually received a PC, half were diagnosed on presentation to the ER, while the diagnosis location for the remaining patients was split between the general hospital ward and the ICU. At the time of diagnosis, 24.2% of patients had respiratory failure, 18.9% of patients had renal failure, and 37.1% of patients were septic. On imaging, 26.7% of patients had neither gallstones nor sludge and were assumed to have acalculous cholecystitis.

The procedure itself was technically successful (defined as confirmation of catheter placement within the lumen of the gallbladder with imaging)[11] with only one periprocedure death (associated with severe preprocedure cardiopulmonary disease) and one patient was taken emergently to the operating room within 24 h of procedure for concern of procedure-associated bowel perforation. On exploration in the operating room, there was no spillage of enteric contents.

A 12-year retrospective analysis of the US Nationwide Inpatient Sample database, comparing PC and cholecystectomy for patients with either calculous or acalculous cholecystitis, confirmed that patients receiving PC were older with more comorbidities.[14] It was also noted that patients who underwent PC had longer lengths of stay and higher rates of mortality as compared to patients who went directly to surgery, even after adjusting for age, comorbidity, and year. This argues for the need for more definitive criteria of which patient population should be treated with PC. Another long-term retrospective analysis, over 10 years[15] had a higher rate of elective cholecystectomy after PC (64%), including some patients with acalculous cholecystitis.

Compared to these two studies, our study demonstrates that for a significant number of patients, PC becomes definitive therapy for this disease, obviating the need for further surgical intervention in a relatively high-risk population. Our study also brings up the intriguing idea of using PC in healthier patients, where delayed cholecystectomy may be advantageous.

We found an increased trend of utilizing PC in more recent years as a temporizing measure, even in patients with fewer comorbidities. The fact that our patients may have been healthier in the latter half of the study is suggested by comparing the trend of ASA scores. The healthier patients who might be considered for PC include those who may have had symptoms for more than 3 days, suggesting a significant amount of inflammation around the gallbladder;[16,17] thus making early cholecystectomy more prone to complications.

After PC, 42% of patients (55 of 132) proceeded to an elective cholecystectomy. However, 40 patients had removal of the drain with resolution of symptoms and without recurrence at the time of study conclusion. A large part of this group is likely the acalculous cholecystitis cohort, for whom PC may be definitive treatment.[9] In our study, 9% of cholecystectomies were done within the first 6 weeks after PC, but most (59%) were done between 6 and 12 weeks, which coincides with the majority of recommendations in the literature,[18-21] and 32% were done after 12 weeks. More than half of the cholecystectomies (64%) were done laparoscopically, while 34% required conversion to open, coinciding with published rates of conversion of 6–35%.[9,18-19] While skill and ease of laparoscopy have certainly increased, it may be that waiting for the acute inflammation to resolve allows for a lower risk of operative complications.

A third 10-year study revealed that outcomes for PC were better when done when the disease is primary and not precipitated by concurrent illness.[22] Our study is in agreement, with 60% having a diagnosis of primary cholecystitis. Half of the cases were diagnosed on presentation to the ED, while the cases diagnosed as inpatient showed a slight predilection for ICU status as compared to general medical or surgical ward (26% compared to 22%). This correlates to the rate of acalculous cholecystitis of 27% in this study population, as acalculous cholecystitis is usually found in the ICU and fueled by biliary stasis in the absence of enteral nutrition. Median survival was 4.9 years, and at the conclusion of this study, 46% of patients had died, with the top three causes being 18% due to sepsis, 18% due to metastatic cancer, and 8% due to respiratory failure. Only 14% of PC patients died within 30 days of the procedure, again with sepsis as the leading cause. This high rate of mortality due to sepsis can partially be attributed to physicians reaching for PC as a treatment of last resort for a presumed cause of sepsis in an already clinically deteriorating patient.

The limitations of this study include that it is an all-male patient population, considering that biliary disease is found predominantly in women. The study is also limited by it being a single institution study with only retrospective data.

In conclusion, this study validates the recent trend toward performing PC as the definitive treatment, without progression to a delayed cholecystectomy, although there is still no consensus.[23] In addition, this 10-year retrospective analysis may be used in counseling high-risk patients and their families at the time of diagnosis of cholecystitis. Factors, including the presence of respiratory failure and using elevated total bilirubin as a biochemical marker of clinical status, may indicate an increased likelihood of worse outcome.

The abstract was presented at the New England Surgical Society Meeting, September 2014, Stowe, VT, USA, as a poster presentation.

Institutional Review Board (IRB) permission obtained for the study.