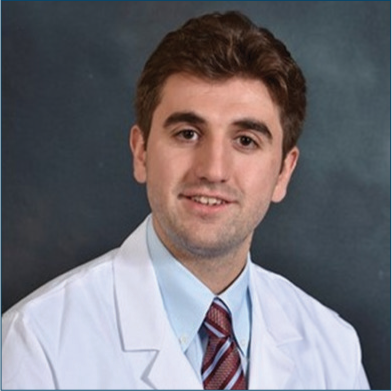 How to cite this article: Rahmani R, Roberts DE, Bhalla T. Use of Intraventricular Alteplase in a Patient with Moyamoya and Acute Intraventricular Hemorrhage: A Case Report. Am J Interv Radiol 2017, 1(5) 1-3.

Intraventricular hemorrhage (IVH) remains a significant cause of morbidity and mortality. Intraventricular alteplase is a recently established therapy, with the clot lysis: Evaluating accelerated resolution of IVH (CLEAR) III trial, being the highest level evidence to date. Historically, as in the CLEAR III trial, there have been notable exclusionary criteria for patients to receive this therapy. The goal of this report is to demonstrate its safe use in a patient with moyamoya. We present a 60-year-old male with severe IVH secondary to moyamoya disease successfully treated with intraventricular alteplase.

Intraventricular hemorrhage (IVH) is a disease with significant morbidity and mortality and recently renewed focus on treatment. Standard external ventricular drainage (EVD) does not affect the speed of clot resolution.[1] Tissue plasminogen activator (alteplase) irrigated through the ventricles is the most promising treatment to date. There are now multiple case reports, case series, pilot studies and an international, randomized, placebo-controlled trial investigating intraventricular alteplase treatment for IVH.[2-5]

Many clinicians have been hesitant to use thrombolytics in situations where clot dissolution may lead to catastrophic intracranial bleeding. The clot lysis: Evaluating accelerated resolution (CLEAR) III trial exclusion criteria included “suspected… or untreated ruptured cerebral aneurysm ruptured intracranial arteriovenous malformation (AVM), moyamoya disease (MMD), or tumor…”.[6] MMD is defined by the progressive stenosis of the intracranial carotid arteries and their proximal branches with the development of small, weak collateral vessels. Hemorrhage has been attributed to rupture of these fragile collaterals as the internal carotids continue to narrow and expose these vessels to higher pressures.[7] With the results of CLEAR III, we now present a case that will add to the literature and reinforce the potential for intraventricular alteplase treatment despite classic contraindications.

The patient is a 60-year-old male with a history idiopathic MMD disease, prior strokes, hyperlipidemia, hypertension, obstructive sleep apnea, chronic back pain, and tobacco abuse. He experienced his first stroke in 2004 but returned his functionality to baseline with rehabilitation. He was placed on aspirin 325 mg after his initial stroke and was compliant with use. He presented to our medical center in 2014 with right-sided weakness. No new strokes were found on MRI, but a diagnostic angiogram revealed MMD equivalent to Suzuki Stage III.[8] The patient was discharged on aspirin and clopidogrel but lost to follow-up.

The patient presented to our medical center in 2017 having been found unresponsive with a Glasgow Coma scale of 4. He was intubated at the transferring hospital. A head computed tomography (CT) revealed extensive IVH extending from the foramen magnum, casting the 3rd and 4th ventricles, and filling both lateral ventricles (modified Graeb score of 26 and Le Roux score of 14; Figure 1)[9,10] with frank hydrocephalus and bilateral subarachnoid hemorrhage but no intraparenchymal hemorrhage. A right frontal EVD was placed in the emergency department. A CT angiogram was obtained which demonstrated the known MMD pathology and no aneurysm. He was transferred to the neuromedicine intensive care unit for medical stabilization and management. By hospital day 1, his examination had improved to localizing to noxious stimuli with both upper extremities and withdrawing with both lower extremities. He underwent a diagnostic cerebral angiogram on hospital day 4 which demonstrated significant collateralization of flow from the right middle meningeal to the left anterior cerebral artery, significant stenosis of the left internal carotid terminus, and no appreciable aneurysms [Figure 2]. He remained severely encephalopathic requiring mechanical ventilation for airway protection.

Given the stagnation in examination and imaging findings, intraventricular alteplase was considered for the patient. A discussion was held with the patient’s family regarding the proposed treatment, the potential increased risk of bleeding but also the potential for improved neurologic recovery. After considering all options, they consented to proceed with alteplase. The protocol used mimicked CLEAR III2 with a planned total of nine doses instead of 12. Each access of the EVD was done under fully sterile conditions. For each dose, 3 mL of cerebrospinal fluid (CSF) was aspirated and followed by instilling 2 mL of alteplase and 1 mL of preservative-free sterile saline. No head CT’s were planned in the interval of instillation, unless there was a change in the patient’s examination, with a head CT planned after the final dose.

The patient tolerated the instillations well without any untoward effects. After his eighth dose, the patient developed rigors and fevers. There was concern for possible central nervous system infection so the final dose was held, CSF and blood cultures were sent, broad-spectrum antibiotics were started and a head CT was obtained. Head CT showed significant decrease in IVH (modified Graeb score 6, Le Roux 4, Figure 3). All cultures were negative for bacterial growth.

2 days after the eighth alteplase dose was given, the patient became more purposeful on motor examination had spontaneous eye opening and was extubated. The EVD was removed 2 days later on hospital day 11. The patient remained in the neuromedicine ICU for 15 days total, 9 days after his last dose of alteplase due to delirium, development of a ventilator-associated pneumonia, and Clostridium difficile infection.

On hospital day 48, he was medically stable for discharge. He was alert and oriented to person and place and intermittently to time. He was able to generate full fluent sentences. He had full strength in all extremities and was able to perform all activities of daily living but not all of his instrumental activities of daily living earning him a modified Rankin score (MRS) of 3. At 6-month follow-up, he has continued difficulty with memory and task follow-through but is otherwise back to his baseline, earning him an MRS of 2.

There has been hesitancy in the use of intraventricular alteplase in cases where a vascular abnormality is known or suspected. Mayfrank et al. treated hemorrhages secondary to an aneurysm or AVM rupture without securing the underlying vessel abnormality.[5] Their treatment initialization time was 8–15 h after hemorrhage in comparison to 55 h from ictus to treatment in the CLEAR III trial with comparable outcomes. In our case, a patient with MMD suffered no untoward effects from intraventricular alteplase though his MMD potentially placed him at a higher likelihood of bleeding. In fact, he was alert enough to be extubated 2 days after finishing his treatment. Even though the CLEAR III trial showed no difference in MRS 3 or lower scores between the placebo and treatment groups, it confirmed the safety of treatment. More aggressive treatment with intraventricular alteplase, earlier in the hospital course, with longer follow-up, may be the key in future investigations of alteplase to prove its effectiveness.

We report a case of successful use of intraventricular alteplase in a patient with moyamoya and a large IVH without hemorrhagic complications.