Spontaneous Retroperitoneal Hemorrhage - A Rare Presentation of Polyarteritis Nodosa: Role of Angiography in Diagnosis and Management 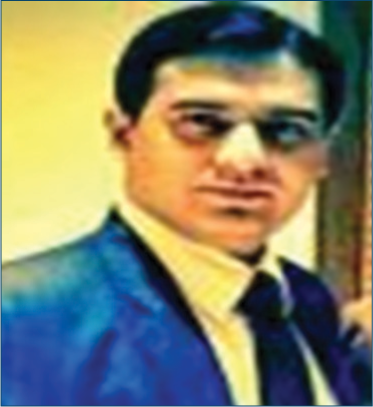 Spontaneous retroperitoneal hemorrhage (RPH) is a rare but serious complication of polyarteritis nodosa (PAN) and must be considered in patients presenting with RPH as their first presentation. Renal infarctions, liver infarctions, and ruptured microaneurysms are all complications of PAN. We present two cases presenting with abdominal and back pain. The first patient’s abdominal computed tomography (CT) scan revealed fractured right kidney with retroperitoneal pericapsular hematoma and multiple hepatic and splenic infarcts. The digital subtraction angiography (DSA) demonstrated large areas of devascularization of the right kidney and right renal arterial wall irregularity with multifocal areas of stenosis, dilatations, and microaneurysms without active extravasation of IV contrast. She was treated conservatively and started on a pulsed dose of steroids and cyclophosphamide. The second patient’s abdominal CT angiography revealed multiple visceral aneurysms and focal areas of stenosis in branches of celiac axis and superior mesentery artery without active contrast extravasation. The DSA demonstrated multifocal areas of irregularity and narrowing in celiac and intrahepatic arteries as well as a 9 mm pseudoaneurysm in the inferior pancreaticoduodenal artery which was embolized with metallic coils. PAN has a vague clinical presentation and is clinically occult. Patients may be diagnosed while getting investigated for some other causes of abdominal pain. The emergency physician and the radiologist should be aware of the findings and should be able to correlate with pathology to prevent life-threatening complications. Angiography plays a crucial role, not only in diagnosis but also in appropriate management.

Polyarteritis nodosa (PAN) is necrotizing vasculitis involving medium- or small-sized arteries and leads to microaneurysms formation. Most patients present with vague symptoms and may rarely present with life-threatening complications such as retroperitoneal hemorrhage (RPH). Institutional Review Board exemption was obtained regarding the study due to its retrospective nature and low sample size.

A 61-year-old female with hypertension and chronic lower quadrant pain presents to the emergency department with RLQ abdominal pain, nausea, vomiting, and anterior chest pain for 3 days. She had a history of left common iliac vein stent for May-Thurner syndrome (Iliofemoral deep venous thrombosis secondary to compression of the left common iliac vein by the right common iliac artery). CT scan of the abdomen revealed hemorrhage in the right anterior pararenal region. She was hemodynamically stable, but there was a hemoglobin drop from 14.2 mm of Hg to 12.2 mm of Hg. Serum lactate at the time of presentation was 5.2 which later dropped to 2.7 with resuscitation. Her ANCA was negative. CT angiography (CTA), performed subsequently, revealed multiple visceral aneurysms and focal areas of stenosis in the branches of the celiac artery and superior mesenteric artery without active contrast extravasation. Notably, there was a 9 mm pseudoaneurysm in the inferior pancreaticoduodenal artery in the center of the retroperitoneal hematoma (Figure 3). The DSA performed by experienced interventional radiologist revealed multifocal areas of irregularity and strictures in the pancreaticoduodenal branches of the superior mesenteric artery and inferior pancreaticoduodenal pseudoaneurysm (Figure 4). The opacified celiac artery and its branches were irregular with multifocal areas of luminal stenosis and post-stenotic dilatation. Embolization of pseudoaneurysm was then carried out using metallic coils using a sandwich technique (Figure 5). Post-embolization there was no flow through the inferior pancreaticoduodenal artery with good flow through the collaterals to the pancreaticoduodenal bed.

Aneurysms in the visceral arteries are rare with an incidence of about 2%.[1] PAN is a spectrum of diseases that belong to the pathologic category of necrotizing vasculitis. This spectrum includes Churg-Strauss syndrome, microscopic PAN, Kawasaki disease, rheumatoid vasculitis, Wegener granulomatosis, and hypersensitivity vasculitis. PAN is twice more common in men than women; however, both of our patients were females. It is found in all ages but most commonly in 5th–7th decades. There is a strong association with Hepatitis-B infection and HIV. The most well-known angiographic feature is the presence of microaneurysms in medium to small arteries. The kidneys may be involved in 70–80% of cases; the gastrointestinal tract, peripheral nerves, and skin in 50%; skeletal muscles and mesentery in 30%; and the central nervous system in 10%. PAN should be suspected in patients with fever, weight loss, arthralgia, peripheral neuropathies, abdominal pain, and evidence of multiorgan involvement. PAN has <15% five year survial rate, if its not treated. Survival increases to 80% with steroid treatment and with or without cytotoxic medications.

The diagnosis of PAN is difficult clinically due to the vague symptoms. According to American College of Rheumatology, there are 10 criteria for the diagnosis of PAN, and at least three criteria are required to make the diagnosis. Positive angiographic findings are one of these criteria.[2] Rarely, PAN presents with complications such as RPH related to rupture of renal or other abdominal visceral microaneurysms.

CTA is the initial modality of choice. Due to an increase in abdominal angiography, some asymptomatic cases are diagnosed by angiography. Knowledge of the angiographic findings is of importance in diagnosing those. The most common angiographic findings are aneurysms, ectasia, and stenosis in 40–90% patients. Other findings include irregular narrowing of the arteries and pseudoaneurysms. However, these findings are not specific as other vasculitis such as rheumatoid vasculitis, Churg-Strauss syndrome, and systemic lupus erythematous may have similar findings. Thus, clinical evaluation is necessary to confirm the diagnosis.[5] Embolization of the bleeding aneurysms is the treatment of choice. Prophylactically large aneurysms (>2 cm) may be embolized due to the risk of rupture.[6]

Transarterial angioembolization of the pseudoaneurysms is now the preferred treatment modality of choice as it is safe, effective, and less invasive and can be both diagnostic and therapeutic. Usually, visceral artery aneurysms require treatment only when the size is >2 cm, which are symptomatic or show interval growth.[6] However, pancreaticoduodenal aneurysms are associated with a high risk of rupture and require immediate treatment with embolization or surgery. Transarterial embolization involves radial or femoral access using 4 or 5 Fr sized arterial sheath with selective catheterization of involved arteries performed using Cobra, or Shepherd hook-shaped 4–6 Fr sized catheters, with microcatheters (2.8 Fr) used for super selective embolization to reduce morbidity and the size of infarcted area.[4,7]

The embolization procedures are performed under moderate sedation or general anesthesia. The choice of agent depends on the site of embolization. Metallic coils (0.035 in or 0.018 in pushable Vortx™ microcoils by Boston Scientific Corporation, Massachusetts, USA and Tornado™ by Cook Medical LLC, Indiana, USA) are commonly used to induce permanent proximal occlusion. These are relatively easy to use and can be retrieved if non-targeted. Sometimes, vascular plugs (Amplatzer™, St. Jude Medical Inc., New Jersey, USA) are used to induce permanent proximal occlusion. They consist of thrombogenic polyester filaments in the detachable nitinol cage. They are used for large vessel embolization with high flow state such as arteriovenous fistulas or aneurysms (splenic or renal).[8]

Transcatheter arterial embolization is a relatively safe procedure with low complication rates compared to surgical procedures. The non-specific complications of embolization are related to procedure rather than embolization and include groin hematoma, arterial dissection or thrombosis, contrast reactions, and contrast-induced nephropathy.[8,9] The specific embolization related complications include non-targeted embolization causing infarctions in kidney, liver, spine, and bowel or pulmonary embolism.[8] Coil migration can occur but can be removed using snares. Post-embolization syndrome can occur due to necrosis of the masses causing low-grade fever, pain, vomiting, and leukocytosis and can be reduced with pre- and post-embolization corticosteroids.[7,10]

PAN has a vague clinical presentation and is clinically occult. Patients may be diagnosed while getting investigated for some other causes of abdominal pain wither with CT scan or during DSA for some other causes. The knowledge of angiographic findings, identification of the aneurysms and narrowing of vessels increases the specificity of diagnosis of PAN, in patients without overt clinical disease. Angiography can play a crucial role, not only in diagnosis but also in the appropriate management. The emergency physician and the radiologist should be aware of the findings and should be able to correlate the imaging findings with pathology to avoid life-threatening complications like RPH.