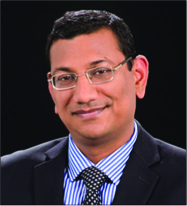 A 54-year-old male presented to the outpatient surgery clinic with chronic intermittent right inguinal pain. An unenhanced computed tomography (CT) scan during Valsalve maneuver was performed, which demonstrated aortoiliac narrowing. Kinking of the duodenum and renal vasculature, and flattening of the inferior vena cava and iliac vasculature were also noted. A CT angiogram was subsequently performed without Valsalva maneuver which demonstrated complete resolution of the vascular and enteric findings. The case demonstrates that transient aortoiliac narrowing can also occur during voluntary Valsalva maneuver. Awareness of this entity is important so that patients can be reassured about the transient physiologic nature of these findings.

Aortoiliac occlusive disease is most commonly seen in atherosclerosis. Inflammatory disorders resulting in aortitis may also result in severe aortic disease. Voluntary Valsalva maneuver utilized during computed tomography (CT) scan has not been previously reported to cause such critical aortic narrowing. We present a case of transient severe long segment narrowing of the abdominal aorta and iliac arteries secondary to Valsalva maneuver. Awareness of this entity is important so that patients can be reassured about the physiologic nature of these findings.

A 54-year-old male presented to the outpatient surgery clinic with chronic intermittent right inguinal pain for 3 years. The pain was 9/10 in maximum severity, sharp in nature, and radiated to the right lower quadrant. The pain increased with exercise and decreased with rest. The patient reported no history of extremity claudication. The medical history was significant for thyroid disease. The surgical history was significant for appendectomy and right inguinal hernia repair. Significant medication use included levothyroxine for the thyroid disease. The vital signs included blood pressure of 128/76 mmHg, pulse rate of 63 beats per minute, and SpO2 of 98%. The physical examination demonstrated no evidence of recurrent right inguinal hernia. No mass or bulging noted in the area of concern. The rest of the physical examination was within normal limits. Due to clinical suspicion of occult recurrent right inguinal hernia, an unenhanced abdominal CT during Valsalva maneuver was performed [Figure 1].

The unenhanced abdominal CT during Valsalva maneuver shows severe long segment narrowing of the abdominal aorta with V-shaped appearance on the axial images [Figure 1a]. Severe narrowing of the aorta and iliac arteries is noted on the sagittal reformats [Figure 1b]. The third portion of the duodenum is kinked, projecting between two limbs of the V-shaped abdominal aorta [Figure 1a]. Flattening of the inferior vena cava is also seen [Figure 1a]. However, no arterial collaterals were visualized. Minimal atherosclerosis is seen. There is no intra-abdominal soft tissue edema, hemorrhage, ascites, or mass causing vascular compression. There is no aortic wall thickening or para-aortic inflammation.

In view of the complaints of severe right inguinal pain, critical aortic narrowing, and additional vascular and mesenteric findings mentioned above, a CT angiogram (CTA) of the abdomen and pelvis with bilateral lower extremity runoffs was performed without Valsalva maneuver. The CTA demonstrates complete resolution of aortic narrowing and other vascular and enteric findings. The aorta is widely patent [Figure 2]. The inferior vena cava (IVC) is normal in caliber [Figure 2a]. There is no kinking of the duodenum [Figure 2a]. The iliac arteries appear widely patent [Figure 2b]. The findings were thus found to be transient and hence physiologic in nature. The patient was reassured accordingly.

In a normal healthy adult, the mean systolic blood pressure within the aorta measured using aortic pressure sensor in proximal ascending aorta (at rest, in supine position) has been demonstrated to be 117 ± 3 mmHg during systole, 77 ± 2 during diastole, and 96 ± 2 as mean pressure.[4] Valsalva maneuver is associated with significant hemodynamic changes including hypotension in Phase II due to decreased cardiac venous return and decreased cardiac output resulting from increased intrathoracic pressure.[5]

Thus, Valsalva maneuver has a potential to increase intra- abdominal pressure above the aortic diastolic pressure, occasionally causing aortic compression, although the imaging literature documenting this is scarce. Krol and Hallett reported CT findings of flattening of abdominal aorta, IVC, and iliac vessels in a patient due to involuntary Valsalva maneuver.[6] The patient had an episode of vomiting during CT image acquisition resulting in findings similar to the present case.

Aortoiliac occlusive disease can result either from an intrinsic aortic pathology such as atherosclerosis or large vessel vasculitis (e.g., Takayasu arteritis) or an extrinsic pathology resulting in aortic compression/encasement. The extrinsic causes typically can include retroperitoneal mass, retroperitoneal fibrosis/aortitis, or, as in our case, elevation of the intra-abdominal pressure.[7-9]

Takayasu arteritis is a necrotizing granulomatous large vessel panarteritis, which primarily involves the aorta and major aortic branches. Abdominal aorta is the most common segment of the aorta involved. Takayasu arteritis most commonly occurs in young women (the second and third decade). Typical CTA findings include concentric thickening of the wall of the aorta, which may show double ring enhancement pattern due to thickened poorly enhancing intima and outer thickened enhancing media and adventitia. Additional CTA findings include long segment concentric tapered luminal narrowing (“rat tail” appearance), occlusion, branch vessel (renal, carotid, and subclavian arteries) involvement, wall calcification, ectasia, and aneurysm.[7,8] In our case, there was minimal atherosclerosis, but no evidence of abnormal aortic wall thickening or enhancement.

Increased intra-abdominal pressure during voluntary Valsalva maneuver can rarely result in aortoiliac narrowing. Diagnostic clues to this entity include history of Valsalva maneuver during CT image acquisition, diffuse arterial and venous narrowing, absence of secondary findings of bowel ischemia, absence of aortic wall thickening or para-aortic inflammation, absence of intra-abdominal hemorrhage, ascites, inflammation, or mass should help in differentiation of physiological narrowing from pathological aortic occlusion. In our opinion, when physiologic narrowing is suspected, repeat limited CT images of the abdomen without Valsalva maneuver (if the patient is still on scanner) may be considered to confirm physiological nature of the findings. Alternatively, Doppler ultrasound evaluation of the aorta may be considered, thus avoiding radiation and contrast exposure from CTA.