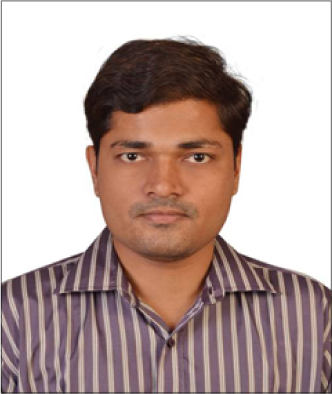 Why and how to decide whether femoral or jugular approach should be used for shunt catheterization for a successful balloon-occluded retrograde transvenous obliteration (BRTO) procedure.

Balloon-occluded retrograde transvenous obliteration (BRTO) is performed to treat failed medical and endoscopic management of bleeding gastric varices and blocks shunts causing hepatic encephalopathy.[1,2] Various transcatheter agents have been described to treat these shunts. These range from coils, plugs, sclerosants, and gelfoam. Occlusion balloons are placed in the shunt either through a femoral or jugular vein access, through which these agents are deployed. In case of sclerosants, once the foam is injected, it causes endothelial damage and thrombosis of the shunt. Femoral and jugular routes are used, with the former being preferred. Gastrorenal shunt is the most common shunt blocked during a conventional BRTO procedure, and in 90% of patients with gastric varices, it provides venous outflow. Gastrocaval shunt and transdiaphragmatic veins provide venous outflow in the remaining 10% of patients with gastric varices. Most operators use transfemoral approach and few use transjugular approach exclusively. Pre-procedural cross-sectional imaging helps to decide the approach,[3] but it can be difficult to decide which route is most suitable for the BRTO procedure. Technically difficult (instability of guide wire in shunt and longer duration between access and shunt negotiation) shunt cannulations were thought to be due to an unfavorable angle between gastrorenal shunt and renal vein. However, we propose that inferior vena cava (IVC) to shunt distance also contributes in determining the preferred route for a BRTO.

The study was approved by the Institutional Review Board. Informed consent was obtained for the procedure in all cases. We identified 16 patients who had undergone BRTO procedures with pre-planned contrast-enhanced computed tomography (CT) from June 2015 to March 2018 and retrospectively reviewed the clinical record, imaging, biochemical parameters, and clinical outcome. In four patients, the initial approach (two femoral and two jugular) failed due to unfavorable anatomy related to the distance between the shunt and IVC. Subsequent attempts using the alternative approach were successful in all four patients.

All measurements were done before BRTO procedure, and the procedures were performed by three interventional radiologists of 15, 10, and 7 years of experience. Coronal maximum intensity projection (MIP) images were created using portal or hepatic venous phase images; either on the IntelliSpace Portal DX Server, Philips Healthcare [CAD2], or RadiAnt DICOM Viewer, Medixant, Poland. Measurements were calculated either in true coronal or oblique coronal MIP images, but both IVC and shunt had to be visualized in same plane. IVC to shunt distance (ISD) was measured from the distal aspect of renal vein IVC junction to the proximal aspect of shunt to renal vein junction (Figure 1). We did not correlate these values with the venogram images. The authors felt that this had the potential to introduce errors due to variability in defining the distal aspect of renal vein-IVC junction because of renal vein contrast mixing with infrarenal IVC unopacified blood.

All BRTO procedures were performed under intravenous sedation. Through femoral or jugular approach, the shunt was cannulated with a 5 Fr catheter (Cobra or MPA, Cordis, Miami Lakes, USA) and venography performed by hand injection of non-ionic contrast at a rate of 5–7 ml/s. Subsequently, the guide wire and catheter were negotiated as far as possible into the shunt. The long sheath and then a balloon catheter were tracked over a stiff wire.

In 10 cases, a 10-French Rösch-Uchida introducer sheath (Cook Inc., Bloomington, USA) and, in 2 cases, a 9-Fr 53 cm Mullins trans-septal introducer sheath (Cook Inc., Bloomington, USA) were used. In all these 12 cases, 80-cm length, 20 mm, 6 Fr occlusion balloon catheter (Serecon MP catheter II; Terumo-Clinical, Tokyo, Japan) was used. In three cases, a 12-Fr Mullins trans-septal introducer sheath (Cook, France) with 46 mm Reliant balloon (Medtronic, Minneapolis, USA) was used. In 2 of these 3 cases, 10 mm × 4 cm Rival PTA balloon (Bard Peripheral Vascular, Tempe, AZ) was also used along with Reliant balloon to block smaller shunts. In one case, 12 mm × 4 cm Rival PTA balloon (Bard Peripheral Vascular, Tempe, AZ) was used. After balloon inflation, retrograde shunt venogram was performed, and collaterals to IVC and gastric veins were identified. Microcatheter 2.7F (Progreat; Terumo, Tokyo, Japan) was used through the balloon catheter to embolize the larger collaterals with 018’ micro coils (Cook Medical Inc., Bloomington, IN) and Interlock Detachable Coils (Boston Scientific Corporation, Natick, MA, USA). Tiny collaterals without significant shunting were not embolized. One patient had two large collaterals, one from gastric vein and the other from splenic vein with multiple communications to gastric varices having common drainage into the renal vein. In this case, we embolized the splenorenal shunt with 0.035” coils through the jugular route and injected sclerosant through a Reliant balloon catheter from the femoral route, as balloon catheter negotiation through the jugular route was unsuccessful because of stiffness.

In all cases, the volume of foam sclerosant required was calculated by injecting contrast through the inflated balloon catheter, with complete opacification of shunt and gastric varices as the end point. Subsequently, foam sclerosant (3% sodium tetradecyl sulfate mixed with room air −3:2 ratio) was injected into the shunt. Volume of foam sclerosant injected ranged between 16 cc and 28 cc. After administration of sclerosant, the balloon was kept inflated for a minimum of 1½ h. Balloon was slowly deflated under fluoroscopy after confirming visible stasis of the sclerosant mixture within the shunt/varices. In some patients with non-visualization of stasis, 1–2 ml of contrast was injected to confirm thrombus formation before balloon deflation. The balloon catheter was withdrawn. Post-procedure venogram was done to rule out renal vein thrombosis.

Sixteen cases of BRTO were undertaken between June 2015 and March 2018. Eleven patients had gastric variceal bleeds and five patients had recurrent hepatic encephalopathy. Most of them had gastrorenal shunts from the left gastric vein to the left renal vein. Two patients with hepatic encephalopathy had more than one shunt. There was male predominance, with a male-to-female ratio of 15:1. The mean age was 70 years (range 23–80 years). Table 1 summarizes the patient details, cause for bleeding, type of shunt, IVC to shunt distance, route of access, and outcome.

In two patients with ISD 2.77cm (bleed) and 3.13 cm (bleed with two shunts), we attempted jugular approach initially. In the first case, we failed to pass the balloon catheter into the shunt because of significant strain on the renal vein preventing us from pushing the balloon catheter further (Figure 4). In the second case, a lateral shunt collateral from the splenic vein was embolized with coils through jugular approach; however, due to the strain on the renal vein, we were unable to pass balloon catheter into the shunt. In both these cases, femoral approach was successful.

In the remaining cases, ISD was between 2.67 cm and 3.5 cm. Balloon catheter negotiation across the renal vein into the shunt was easier with ISD <3 cm compared to a patient with ISD >3 cm (Figure 7). In cases with ISD >3 cm, the glide wire tends to slip back into IVC or renal vein (Figures 6 and 8). Once a stiff wire was negotiated into the shunt, it was easier to advance the balloon catheter into the shunt. After balloon inflation, large collaterals were identified and embolized with micro coils (4 cases of bleeds and 1 case of hepatic encephalopathy).

Post-procedure, all the patients with refractory hepatic encephalopathy showed improvement. By day 3, the encephalopathy had improved, and by 1 month, reduction in serum ammonia levels was noted.

The procedure was technically successful in all the patients with no immediate procedure-related complications. With the exception of a small minor contrast leak, no major venous rupture occurred. Focal minor renal vein thrombosis occurred around the catheter in two patients, which resolved without any further intervention. All the patients were transferred to surgical ICU for post-procedure monitoring. Two patients died during follow-up: One due to liver failure 3 days after the procedure and the other due to sepsis, liver, and multiorgan failure at 3 months. All the remaining patients were subsequently discharged between post-procedure days 5 and 7.

Gastric varices are often difficult to manage and require multidisciplinary management. Gastric variceal bleeding tends to require increased blood transfusion requirements and have higher mortality rate compared to esophageal variceal bleed.[4] BRTO has become an established procedure in the management of gastric varices. It has a technical success rate of around 91%.[5]

Obtaining a stable balloon position is vital to prevent migration of the embolic agent into the renal vein. Transfemoral approach is preferred in view of “pushability” of the wire-catheter system and safety.[6] Given the variation in the availability of equipment, operators use what equipment is locally. Hence, it is important to plan the procedure, particularly the access, as jugular approach can increase the procedure time by nearly 1 h.[6]

When the authors used long curved sheaths, they considered the angle between IVC and renal vein and between the renal/adrenal vein and shunt to prevent failed catheterization or instability of the balloon. However, after using long, curved support sheaths, we feel ISD matters more than the angles as sheaths allow greater stability, regardless of angles. Graphical representation shows transfemoral and transjugular approach in passing wire and catheters with strain placed on the renal vein (Figure 9a-d).

An acute angle between the renal vein and shunt can make BRTO technically challenging. To overcome this problem, Shukla et al. modified the technique using two jugular sheaths. A 5-F vascular sheath was placed from the right internal jugular vein and used for injecting sclerosant into the shunt through a coaxially introduced microcatheter. A balloon occlusion catheter was placed into the shunt coaxially through another 6-F vascular sheath placed from the external jugular vein.[9] We feel that this technique should be used when microcatheter is a must for targeted embolization and balloon catheters are of smaller diameter. If a curved supporting sheath is used, an acute angle between renal vein and shunt matters less.

There is insufficient evidence to support angles determining in deciding which access route should be selected for BRTO. If adequate straight/curved supporting sheath is used during the BRTO procedure, ISD matters more than angles. Future pooled data from multiple centers can improve our understanding. Further studies are also needed to see if the ISD of 3.5cm can be used as a cut of to decide the approach for undertaking BRTO.

Pre-planning CECT with coronal MIP reformation with the measurement of the distance between the IVC and shunt can help decide whether the femoral or jugular approach should be used for BRTO.

On the basis of the technique used in our study, the jugular approach should be used when the ISD is >3.5 cm and the femoral approach when the ISD is <3.0–3.5 cm. More prospective data will help investigate our theory.