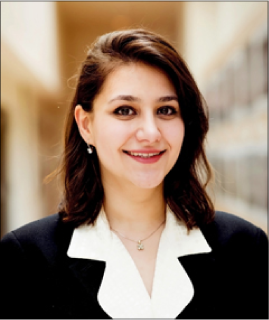 Renal cell carcinoma (RCC) is the most common type of kidney cancer in adults. Cryoablation therapy, which uses rapid freeze and thaw cycles to destroy diseased tissue, is the standard nephron-sparing option for RCC treatment. This case report suggests cryoablation as an effective therapy for hematuria in RCC. A 52-year-old male patient with Stage IV RCC presented to the ED with hematuria and flank pain. He was catheterized, and several blood clots were removed from the bladder. Embolization was considered, however renal angiography failed to demonstrate a tumoral blush and no target for embolization was identified. In lieu of continued large volume hematuria, cryoablation of the tumor was offered as a potential therapy. We describe a case of successful treatment of clinically significant hematuria in a patient with RCC with cryoablation.

Renal cell carcinoma (RCC) is the most common type of kidney cancer in adults. Historically, partial nephrectomy has been the gold standard of treatment.[1] With advanced imaging, RCC is now often detected in earlier stages, allowing for the utilization of nephron-sparing therapeutic percutaneous ablative techniques. Cryoablation, a technique that eventually results in tissue necrosis, has become the standard nephron-sparing option for RCC.[1] Percutaneous cryoablation is performed by inserting a cryoprobe into the malignant tissue. The probe rapidly removes heat from the tissue by means of Joule-Thompson effect, in which rapid expansion of a gas (Argon) results in a change of temperature. The modifiable parameters of cryoablation include cooling rate, target temperature, time at target temperature, and thawing rate.[2] The number of cryoablation probes inserted into a lesion can also be varied, depending on the size and shape of a lesion. This technique is utilized for other conditions as well, including prostate, lung, bone, and breast cancers.[3] This report explores the use of cryoablation for management of hematuria, a common RCC complication, rather than primary treatment of an RCC tumor itself.

A 52-year-old male with a history of Stage IV Type II papillary RCC (Figure 1), hematuria and chronic pain presented to the ED with recurrent episodes right flank pain, testicular pain, and hematuria. The primary team suspected tumoral hypervascularity as the source for hematuria and referred the patient to IR for embolization. The patient underwent IR angiography of the aorta and selective angiography of the left kidney (Figure 2), which did not demonstrate tumoral blush, feeding vessel, or active extravasation; thus, no intervention was performed. The patient was treated with Zosyn for urinary tract infection and orchitis and was discharged. 5 days after discharge, the patient returned with hematuria, left flank pain, and inability to urinate. Bladder catheterization and ultrasound both demonstrated several large clots that required cystoscopy for evacuation. The primary team again suspected hypervascularity of the patient’s left lower pole tumor as etiology for the bleeding. Computed tomography (CT) angiography did not demonstrate active extravasation of contrast in the kidneys. The patient was referred again to IR for embolization, however, given the lack of arterial abnormality or extravasation on conventional and CT angiography; the patient was instead brought to the IR suite for cryoablation of the left renal tumor. A 2.4 cm Endocare Cryocare cryoablation probe (Endocare Inc, Austin, TX) was advanced to into the left lower pole renal lesion under CT guidance (Figure 3). Once positioning was confirmed, two freeze and thaw cycles were initiated. Intermittent images demonstrated extension of ablation margin to the Tumor/ parenchymal edge (Figure 4). As cryoablation is less painful and only requires moderate sedation, the authors chose to perform cryoablation over other forms of thermal ablation. The patient tolerated the procedure well and was returned to the unit in stable condition. The patient was discharged on post-procedure day 3 with complete resolution of hematuria and significantly improved pain and has remained asymptomatic now for approximately 3 months.

Patients with RCC usually present with hematuria and flank pain, often with a suspicious mass on CT imaging.[4] Traditionally, renal artery embolization (RAE) has been used as a pre-operative treatment of renal masses before nephrectomy, for palliation of symptoms related to advanced stage RCC (such as hematuria), and as a primary treatment of renal angiomyolipomas.[5] Cryoablation has also been used to treat local malignancies, including advanced prostate cancer, liver metastasis, some RCC, and some breast cancers.[6] In RCC, cryoablation has traditionally been used as a minimally invasive primary treatment option in patients who are poor surgical candidates.[1]

This case focuses on the use of the thrombotic qualities of cryoablation as another management modality for stopping bleeding when embolization is not possible or is proven ineffective. There has been increased uncertainty regarding management of high volume hematuria requiring blood transfusions, with little evidence for a definitive solution. Many patients eventually require surgical intervention. Recent studies have shown ablative techniques to be superior to partial nephrectomy in terms of morbidity, with a similar effect on local tumor control and decreased renal parenchymal loss. Woldu et al. demonstrated higher levels of renal parenchymal preservation with thermal ablation techniques such as cryoablation and radiofrequency ablation compared to partial nephrectomy.[6] There are currently no scientific studies on the role of cryoablation in the management of hematuria in RCC patients.

Traditionally, high volume of hematuria in RCC has been treated with emergent transarterial embolization. Low volume hematuria has been treated with external beam radiation, whose toxicity is not yet proven and is only suggested for patients with invasive bladder cancer and a poor prognosis.[7] According to Neeman et al., radiofrequency ablation has been effective at the termination of hematuria with minimal effects on renal function.[8] Magno et al. have demonstrated the use of cryotherapy as an effective treatment of hematuria in patients with locally advanced prostate cancer.[9] This report focused on cryoablation as a method of hematuria termination in a patient with RCC.

Physiologically, cryoablation results in platelet aggregation and vascular stasis. Endothelial cell damage and the induced vascular injury contribute to tissue destruction. The injury causes increased capillary permeability, which results in edema, aggregation of platelets, and cessation of blood flow causing ischemia. This eventually leads to thrombosis and further tissue destruction.[10] Cryoablation was shown to especially affect vessels <180 µm in a study done by Lagerfeld et al. while the larger vessels in the ablated area remained patent.[10] In cases where hypervascularity cannot be reliably demonstrated, cryoablation is a viable treatment alternative to the traditional practice of embolization. Cryoablation has been shown to be a promising treatment in RCC patients, with encouraging oncologic outcomes observed over time.[9] This case demonstrates that cryoablation is also a promising treatment option for symptomatic control in RCC patients with hematuria and that further investigation into the utilization of cryoablation in the treatment of symptomatic RCC is warranted.

Cryoablation can be used as a treatment modality for hematuria in RCC when embolization has failed. There is room for further research into cryoablation use in RCC patients with hematuria and flank pain.