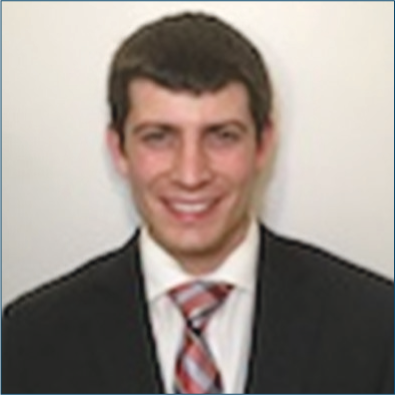 A 48-year-old woman with a history of stage IIB (T2, N1a, and M0) estrogen and progesterone receptor positive, human epidermal growth factor receptor 2/proto-oncogene Neu (HER2/neu) positive, grade 3 infiltrating ductal carcinoma of the right breast, status post right mastectomy, and axillary lymph node dissection, was referred to the department of imaging sciences for biopsy of an enlarged aortocaval lymph node discovered on a CT of the abdomen and pelvis with contrast. Initially, the patient presented to their oncologist with sternal discomfort and underwent a bone scan with findings suggestive of but not definite for metastatic disease of the sternum. Following the bone scan, the oncologist chose to order CT scans of the chest and abdomen and pelvis with contrast to further workup for metastatic disease, the latter of which revealed the lymph node. Positron emission tomography-CT was not performed at the discretion of the oncologist. The oncologist then referred the patient to the department of imaging sciences for biopsy of the lymph node discovered on the CT of the abdomen and pelvis. Upon review of the CT images, the location of the lymph node made traditional posterior paravertebral, lateral, or anterior approaches too risky. A detailed examination of the images showed the enlarged 1.7 cm by 1.0 cm aortocaval lymph node at the level of the L2-L3 disc space, making the patient an ideal candidate for a core biopsy utilizing the transdiscal approach under CT guidance (Figure 1). Informed consent was obtained and the patient was scheduled to undergo the biopsy.

The biopsy was performed in the CT suite with the patient positioned prone. The aortocaval lymph node was again identified on the planning CT scan and the right posterior transdiscal approach was selected for biopsy. The skin was cleaned, prepped, and draped in sterile fashion and 10 ml of 1% lidocaine was injected for local anesthetic. Under CT guidance, a 19G coaxial needle was advanced through the right posterior transdiscal approach, initially starting just lateral to the right superior articular process of L3 and advancing the needle through to the mid portion of the lateral side of the L2-L3 intervertebral disc, similar to an approach that would be used for discography. The coaxial needle was then advanced through the L2-L3 intervertebral disc to the aortocaval lymph node. Care was taken to avoid the associated neural foramina as the coaxial needle was advanced to the intervertebral disc and subsequently through the disc to the lymph node. A 20G semi-automated biopsy needle (Bard Mission, Bard Biopsy Systems, Tempe, Arizona, USA) was then advanced through the coaxial needle and core biopsy was performed (Figure 2). A total of five passes were made. The biopsy cores were placed in a formalin solution and sent to the pathology laboratory. A post-procedure CT showed no complications. The patient received 3 mg of intravenous midazolam (Versed) and 150 mcg of intravenous fentanyl for moderate sedation and pain control during the procedure. The patient was discharged home in her pre-procedural state of health an hour following the procedure. Final pathologic diagnosis confirmed metastatic carcinoma consistent with the breast primary. As per the electronic medical record, she had no procedure-associated pain in the months following the procedure. With the positive biopsy, the originally seen bone lesions we presumed to be metastases and have regressed from lytic to sclerotic lesions during chemotherapeutic treatment.

The patient provided consent for the publication of this case report including the use of the related CT images in the figures.

This case report describes the transdiscal approach being safely and effectively used in core biopsy of an enlarged aortocaval lymph node in a patient with a history of breast cancer. Although the transdiscal approach has been previously described for nerve plexus block and neurolysis using 22G spinal needles, reports describing the approach in biopsy are lacking. We safely used a larger 19G coaxial needle and a 20G biopsy needle without complication. Previous reports of percutaneous biopsy in the aortocaval region had been largely relegated to fine needle aspiration due to difficulty in approach. For instance, the cases described by Gupta et al. in which a curved needle used to avoid structures negated the ability to obtain core biopsies.[6] Using the linear transdiscal approach, we were able to avoid organs, bowel, and vessels and obtain a core biopsy, which is required for the pathological evaluation of some malignancies and conditions, namely, lymphoma. Advantages and limitations of percutaneous approaches are described in Table 1. In our patient, the biopsy was positive for metastatic disease and affected the staging and management of a patient with no previously known extra-axillary lymph node metastases.

Biopsy of lymph nodes in the aortocaval region was historically a surgical endeavor through the open approach, but more recently has been performed surgically by laparoscopic or robotic techniques.[7,8] Endoscopic approaches to biopsy aortocaval lymph nodes have also been described.[9,10] Advantages and limitations of these methods for biopsy of the aortocaval region are listed along with the percutaneous approaches in Table 1.

There are some limitations to the transdiscal approach described with most salient limitation being location of lesion near the intervertebral disc (Table 1). Additional limitations include the fact care must be taken to avoid the nerve roots and neural foramina during the procedure and previously reported relatively rare risks of discitis, disc rupture, and hematoma formation, none of which were experienced by our patient.[3]

The transdiscal approach described can be used safely and effectively for core biopsy of aortocaval lesions otherwise inaccessible for percutaneous core biopsy by standard interventional techniques.