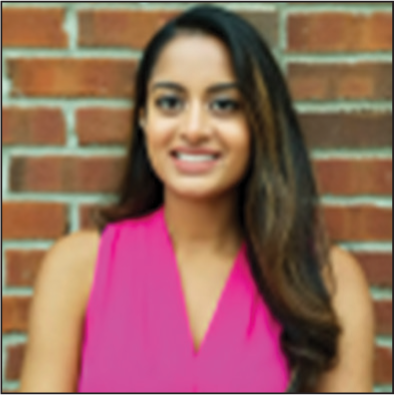 Aortoenteric fistulae (AEF) are a rare cause of life-threatening gastrointestinal hemorrhage. AEF are divided into primary and secondary types. Secondary fistulae are more common and occur after prior aortic interventions, namely aneurysm repairs. Less common is primary aortoenteric fistulae (PAEF), which most commonly arise de novo from trauma or underlying neoplastic, infectious, or rheumatologic conditions. Although PAEF are associated with high mortality and morbidity, there have been several case reports documenting temporization of PAEF with stent grafts. These measures are effective in acute settings, often with unstable patients. This approach also provides time for the patient, family and their care team to decide on definitive treatment. This is especially important as many of these patients have serious underlying pathology, or will need to undergo extensive treatment for definitive care. Here, we present a case of PAEF in a patent with Stage IV renal malignancy. The bleed was controlled with the use of a 12 mm VIATORR endoprosthesis (W. L. Gore and Associates, Inc., Flagstaff, Arizona, USA), typically used in transjugular intrahepatic portosystemic shunts. The report demonstrates how an endoprosthesis originally designed for hepatic interventions can serve as an endovascular stent graft in extenuating circumstances. This report also aims to highlight the importance of following endovascular principles and the post-treatment care of patients with PAEF.

Aortoenteric fistulae (AEF) are a rare cause of life-threatening gastrointestinal hemorrhage. These abnormal connections of the aorta and gastrointestinal tract are subdivided into two groups. Primary AEF (PAEF) occur without prior aortic intervention, while secondary AEF occur post-intervention. PAEF most commonly arise in the setting of infection, trauma, malignancy, or rheumatologic disorder; however, they remain exceedingly rare even in the setting of a known an aortic aneurysm.[1,2] Secondary AEF occur after the placement of an aortic graft and are relatively more common, but still rare, with prevalence estimates ranging from 0.36 to 1.6%.[3,4] There have been only a handful of documented cases of PAEF temporization with aortic stent grafts.[2,4-6] Here, we present a case of PAEF, temporized using a 12 mm VIATORR stent graft (W. L. Gore and Associates, Inc., Flagstaff, Arizona, USA) normally used during trans jugular intrahepatic portosystemic shunt creation.

The patient is a 44-year-old female with Stage IV renal malignancy. The patient initially presented with a suspected lower gastrointestinal bleed and severe hypotension. Computed tomography imaging of the abdomen demonstrated a large retroperitoneal mass is abutting the duodenum. There was contrast-extending form the aorta to the duodenum. These findings were concerning for an arterial-enteric fistula (Figure 1). The patient was emergently brought to IR for an angiogram.

After arterial access was obtained, a flush catheter was used to perform an infrarenal aortogram (Figure 2). This demonstrated active contrast extravasation from the infrarenal aorta into the second and third portions of the duodenum, consistent with a PAEF caused by the neoplastic invasion.

Given the degree of life-threatening hemorrhage, a decision was made to intervene. In this particular practice setting, no aortic stent grafts were available and the largest graft available was a 12 mm VIATORR endoprosthesis (W. L. Gore and Associates, Inc., Flagstaff, Arizona, USA) (Figure 3). Although not designed for placement in the aorta, the care team decided to use this graft as a last resort. The uncovered portion of the stent was placed at the level of the renal arteries. The covered portion was placed at the level of the AEF. A postplacement aortogram demonstrated a widely patent aorta, with adequate opacification of the renal arteries, and no further contrast extravasation into the duodenum (Figure 4). The patient was subsequently transferred back to the intensive care unit. After discussing goals of care, the patient and her family opted for no further intervention. The patient then passed away 48 h after intervention with comfort care measures.

Before the availability of endovascular therapy, PAEF were all treated surgically. In the setting of infected fields, surgeons were limited to using autologous or extra-anatomic grafts. These procedures had exceedingly high morbidity and mortality, due to acute complications such as hemorrhagic shock, sepsis, thrombus, and blowout.[7] Since then, there have been significant advances in endovascular therapy, but only a few cases of endograft repair of PAEF have been reported in the literature.[8]

This case report demonstrates that the off-label use of a stent graft can be used as a temporizing and life-prolonging measure in extenuating circumstances without significant pre-intervention planning. Despite the emergent nature of the case basic principles of endograft repair were followed - visceral arterial patency was maintained, and the defect was closed. Beyond these two principal concerns, there are several other factors to consider.

One important consideration is sizing, as the infrarenal aorta can vary in size greatly, from 12 to 18 mm in healthy women, but these can vary from 10 to 22 mm in otherwise healthy patients.[9] In the setting of pathology, aortic size can vary even further, affected by the invasive tumor, thrombus, atherosclerotic disease, increasing age, or with aneurysm. It is imperative that grafts are sized appropriately, with careful examination of pre-procedural imaging even in the acute setting. In addition to the graft diameter, it is important to denote the size of the fistula and proximity to visceral vessels, namely the renal arteries. The device chosen should maintain visceral patency while allowing for an adequate landing zone, in most endovascular aneurysm repairs about 1.5 cm is needed, less in some cases to prevent Type IA endoleaks. In cases of a juxta renal abnormality, one should consider a chimney graft or fenestrated graft, as in our case, to preserve renal patency. Distally the graft should ideally extend into the common iliac arteries to limit the possibility of Type IB endoleaks. Finally, one must also evaluate the number of lumbar arteries and the inferior mesenteric artery as these can contribute to a Type II leak.[10]

Review of imaging not only provides insight to size but can also help determine the best initial approach. Initial imaging can help denote the size of the iliofemoral arteries, in this case, a 10Fr sheath was needed, much smaller than most devices intended for aortic aneurysm repair. In addition, the vessel size, variant anatomy, calcifications, and tortuosity should be evaluated to avoid complications or to consider a vascular conduit.[10]

In this case, and others of neoplastic erosion, the patient requires close short-term follow-up. Although a graft may suffice to prevent subacute bleeds, the aorta and graft remain at risk of tumor erosion and infectious compromise.[11] In such cases future intervention should be carefully considered, taking account of the patient’s clinical status and goals of care.

AEF are rare entities associated with severe morbidity and mortality. Definitive and temporizing measures can be achieved with endovascular intervention. In extenuating circumstances, off-label use of stent grafts can be a life-saving measure. Even in the acute setting is important to review all available imaging and follow the principles of endovascular repair. After successful stenting, patients should be closely followed, as there are many possible complications.