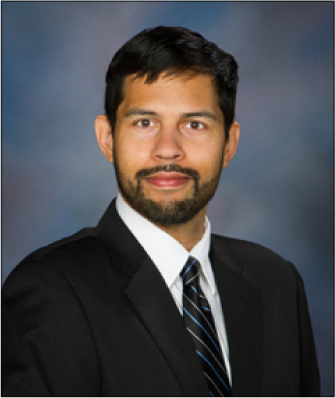 We present a case of an 81-year-old female diagnosed with metastatic carcinosarcoma from a primary peritoneal Müllerian malignancy after endovascular biopsy of a large mass within her left renal vein extending into the inferior vena cava (IVC) after workup for increasing back and abdominal pain over one and a half months. Biopsy of the mass was performed with digital subtraction angiography using a combination of transjugular liver biopsy set as well as suction aspiration. We propose that suction aspiration of an intravascular mass is a safe and efficacious procedure to obtain accurate diagnosis.

Oncological treatments are typically based off histological diagnoses necessitating biopsies, especially with more recent advances in genomics. Knowledge of basic anatomy and the various tools within interventional radiology can allow safe, minimally invasive acquisition of specimens to assist in a patient’s oncological care. Intravascular biopsies of the inferior vena cava masses have been performed in the past safely but come with the risk of injury to the inferior vena cava and possible tumor dissemination.[1]

This report describes the successful transcatheter intraluminal biopsy of a mass within the inferior vena cava. This case demonstrates that the use of a transjugular liver biopsy kit to safely obtain sufficient biopsy samples for a tissue diagnosis in the setting of an IVC mass. This technique has been performed in the setting of biopsy of leiomyosarcoma.[2,3] This report demonstrates that the sampling technique is efficient in histological confirmation of a rare carcinosarcoma.

An 81 year old female with a past medical history of hypertension and asthma presented to the emergency department for evaluation of 1.5 month history of worsening pelvic and back pain. She had previously been seen in urgent care and by orthopedics previously for these complaints. Radiographs performed during those visits were negative for acute findings. Since then, the pain has to left lower abdomen, groin, left low back, and anterior thigh. She had a fall from a chair approximately 4 weeks later resulting in hospital admission. CT of the lumbar spine performed at that time demonstrated a pathologic compression fracture of the superior endplate of L2 with an underlying lytic and sclerotic lesion concerning for a metastatic lesion. A subsequent CT of the chest, abdomen and pelvis with contrast demonstrating a mass within the inferior vena cava, left renal vein, as well as retroperitoneal adenopathy and omental caking (Figure 1). The findings were concerning for a primary IVC leiomyosarcoma with metastases. Interventional radiology was consulted for biopsy to determine primary pathology and extent of disease, it was decided that an endovascular biopsy of the IVC mass would likely be most efficacious for diagnosis and staging.

In the angiography suite the right internal jugular vein was accessed under ultrasound guidance and a 21-g needle. Using the Seldinger technique, a 10 French sheath was extended into the intrahepatic portion of the IVC. Subsequently, a Berenstein catheter (AngioDynamics, USA) was placed through the sheath and into the proximal intrahepatic IVC. An IVC venogram demonstrated a patent central intrahepatic IVC with a filling defect in the distal aspect of the intrahepatic IVC (Figure 2). At this point, the sheath was advanced to the level of the filling defect in the IVC. Through the 10 French sheath, the outer catheter (the inner metal curved stiffener was removed) of the transjugular biopsy needle (Cook Medical, USA) was advanced and placed into the IVC. Under fluoroscopic guidance, the transjugular biopsy needle advanced until the tip was at the edge of the catheter/sheath. Multiple core samples of the IVC mass were obtained (Figure 3). Prior to obtaining each sample, fluoroscopy was performed in the AP and lateral plain to confirm that needle placement was endoluminal. Multiple core samples were obtained and given to pathology. Subsequently, an aspiration of the IVC mass was performed through the 10 French sheath (Figure 4) which yielded material which was also sent for surgical pathology (Figure 5). After biopsy and aspiration, a final venogram was obtained which demonstrated that the proximal intrahepatic IVC was widely patent (Figure 6).

The first biopsy sample obtained with the transjugular liver biopsy needle and the suction aspiration biopsy was submitted separately to pathology. The needle biopsy cores demonstrated benign fibrofatty tissue and nerve fibers without evidence for malignancy. The suction aspiration sample revealed a primitive tumor with a glandular component and mesenchymal component. The tumor is classified as carcinosarcoma. Pax-8 and p53 stain are positive while estrogen receptor and p16 stains are negative. Given the radiographic absence of masses in ovaries and uterus and involvement of omentum, a primary peritoneal Müllerian tumor was suggested.

Malignant mixed Müllerian tumors (MMMTs) are tumors composed of epithelial and mesenchymal elements, therefore developing into carcinoma as well as sarcoma. Because of its dual elements of aggressive tumors they are called carcinosarcoma. Carcinosarcomas are an extremely rare entity with only 30-40 documented cases in the literature.[4,5] The malignancy is very aggressive with a poor prognosis. Life expectancy is found to be 4-22 months depending on the site of origin.[5] The tumors are thought to arise from remnants of the Mullerian duct system, of mesenchymal origin, that are exposed to epithelial cells. The female peritoneum is in close contact with the external epithelium which allows for spillage of epithelial cells into the peritoneum and interplay with the ovarian tissue. This has been tests with components such as talc and provides the basis for other pathology such as endometriosis.[6]

Carcinosarcoma is pathologically defined by receptors within the tumor representing epithelial components and mesenchymal components. Paired-box gene 8 (PAX-8) encodes a transcription factor associated with embryogenesis and is found to be expressed with tissue from the Mullerian system.[7] The tumor marker p53 is typically associated with sarcoma related malignancies.[8] Other markers commonly associated with tumor includes estrogen and progesterone receptors which have prognostic implications.

To date, due to the rarity of the disease, no national consensus guidelines have been established for management.[8] The dual nature of carcinosarcoma has led to the majority of treatment protocols modeled after that of endometrial cancer. The primary treatment is surgery, but often, adjuvant therapies are needed. Radiotherapy and systemic therapy have been used for treatment of uterine based carcinosarcomas with no measurable improvement in survival.[9] Prognosis of uterine carcinosarcoma accounts for over 15% of uterine cancer related deaths despite accounting for less than 5% of all uterine malignancies. Logically, the same data should hold true for extra-ovarian carcinosarcoma even though there is significantly less data for it specifically.

The choice of biopsy method is predicated on a balance between potential risks and benefits. This patient had no other lesions suitable for safe conventional biopsy. Use of atypical methods to obtain access to the biopsy site can be used in the setting of appropriate anatomy. Knowledge of this alternative approach demonstrates that intraluminal soft tissue masses within the IVC can be biopsied safe with sufficient sample to aide in a pathologic diagnosis.