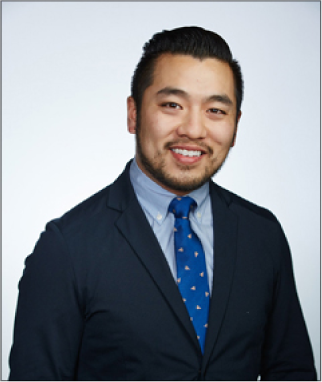 ©2018 Published by Scientific Scholar on behalf of American Journal of Interventional Radiology
Licence
This is an open-access article distributed under the terms of the Creative Commons Attribution-Non Commercial-Share Alike 4.0 License, which allows others to remix, tweak, and build upon the work non-commercially, as long as the author is credited and the new creations are licensed under the identical terms.
How to cite this article: Chen J, Landau E, Ahmad N, Giordano C, Scheiner J, Katlowitz N, Geller D. Imaging-guided Percutaneous Large-Bore Suprapubic Cystostomy, a Safe Bladder Diversion Alternative. Am J Interv Radiol 2018; 2(10) 1-6.

In the majority of cases, the distended bladder displaces the peritoneal reflection superiorly allowing for uneventful “blind” insertion of such catheters. However, there is a reported 2.4% incidence of bowel injury with a “blind” technique, and even under cystoscopic guidance, a 30-day mortality rate of 1.8% is reported.[3] Certain patient risk factors increase the risk for complications including obesity, history of radical pelvic surgery, and a short distance (≤11 cm) between the symphysis pubis and umbilicus.[4] The last line alternative of open surgical placement is a less favorable option as it is more invasive, requires general anesthesia, and carries further post-operative risk and cost.

Placement of relatively small SPC (10–14 French) is commonly performed in the emergent setting for acute urinary retention when urethral catheterization is either impossible or contraindicated. The use of ultrasound assistance has been described in this emergency setting, including one series of 17 patients with 100% success rate.[5] However, these catheters are not optimal for prolonged, chronic drainage. Placement of a large-bore catheter on initial cystostomy could preclude the need for repeat procedures for catheter upsizing.

Initially described in 1989, ultrasound- and fluoroscopic-guided placement of large-bore SPC (18 French or larger) by interventional radiologists has been shown to be a safe and effective alternative insertion method without requiring general anesthesia.[6] In our study, we describe a single institution’s experience placing large-bore SPC (18–28 French) within the interventional radiology (IR) department including the technical success rate and complications.

Approval for this retrospective review was obtained from the hospital’s Institutional Review Board. The study was HIPAA compliant and informed consent was waived.

Our institution’s dictation database was searched for all suprapubic catheter insertions performed by the department of IR over a 5-year period from January 1, 2012, to December 31, 2016. A total of 51 consecutive primary large-bore SPC insertions were performed. The electronic medical record for these patients was reviewed to abstract data regarding gender, age, indication, patient comorbidities, catheter diameter, anesthetic provided, and both intraoperative and subsequent in-house complications.

All procedures were done by one of four full-time attending staff interventional radiologists ranging from 1 to 20 years of experience. The first 5 cases were performed conjointly between the IR and urology departments. Once comfortable with the technique, IR performed all subsequent procedures without assistance.

Our institutional Picture Archiving and Communication System were reviewed before all insertions for any cross-sectional imaging that would demonstrate pelvic anatomy and a safe window for percutaneous insertion. Once in the IR suite, an initial ultrasound was performed to evaluate for bladder distention. If not already distended, the urinary bladder was filled with 150–300 cc normal saline through a pre-existing transurethral catheter to approximate the bladder and anterior abdominal wall and to displace interposing bowel loops. A safe window was confirmed through a combination of ultrasound, fluoroscopy, and on occasion, pre-procedural CT.

A 5 French, 7 cm needle/trocar assembly (Yueh needle, Cook Medical, Bloomington, IN) was subsequently advanced into the bladder under ultrasound guidance. Alternatively, a 21 g micropuncture set was used. Once urine was aspirated back, a small volume of diluted contrast was administered through the outer sheath to confirm intravesicular positioning under fluoroscopic guidance (Figure 1a). The inner stylet was removed and a 0.035-inch Amplatz guidewire (Boston Scientific, Marlborough, MA) was advanced into the bladder under fluoroscopic guidance (Figure 1b). The Yueh sheath was removed and the tract was serially dilated to advance a 10 mm, 15 cm balloon catheter system (Bard, Covington, GA) which ultimately dilated the subcutaneous tract and cystostomy to 30 French under fluoroscopic control (Figure 1c). A 30F peel-away sheath was advanced over the balloon, the balloon was deflated and removed, and a large-bore Foley catheter (usually 26 French) was directed into the urinary bladder through the peel-away sheath (Figure 1d). With the sheath then removed, a small amount of diluted contrast was administered through the catheter to confirm placement. The retention balloon was then distended with sterile water under fluoroscopic control.

From January 2012 to December 2016, 51 large-bore suprapubic catheters were inserted in 51 patients (46 males, 5 females) among them 49 of 51 were single stage procedure. The mean age was 67.3 years, ranging from 22 to 92. 10 cases were performed as outpatient procedures, and the remaining 41 cases were performed as inpatient procedures. One case was performed with general anesthesia due to patient preference. The indications for suprapubic catheterization are listed in Table 1.

Technical success was defined as single-step placement of the SPC in the bladder as planned. Of the 51 cases performed, technical success was achieved in 49 procedures, for a 96% success rate. No major complications occurred according to the Society of IR Clinical Practice Guidelines.[7] For the first unsuccessful case, there was immediate clinical suspicion of the catheter being malpositioned outside of the urinary bladder on completion of the procedure. The patient was taken directly to computed tomographic (CT), and a CT cystogram confirmed the catheter was positioned within the space of Retzius (Figure 2). The patient was subsequently taken back to the IR suite for uneventful removal of the malpositioned catheter and successful placement of a new 26F SPC.

In the second unsuccessful case, the bladder was accessed uneventfully. However, after balloon dilatation of the abdominal wall tract, the 30-French trocar sheath was unable to be advanced into the bladder. After several attempts to advance the sheath, extra-luminal contrast extravasation increased so a 14-French pigtail drainage catheter was easily placed instead. The patient was brought back the next day for uneventful catheter upsizing to a 26F catheter.

The distribution of catheter sizes placed on the first attempt is listed in Table 2. There were no in-house complications for the 41 inpatient procedures. Four of our patients subsequently expired in the same admission: Two from sepsis in the setting of Fournier’s gangrene, one from sepsis from overwhelming bed sores, and one from withdrawal of care in the setting of prolonged ventilator dependence after diffuse burn injury. The placement of an SPC, however, had no identifiable contributory role to the cause of death for any patients. On telephone follow-up for outpatient procedures, there were no reported complications. Long-term follow-up for these patients was in urology clinic.

Suprapubic catheters are commonly used for both temporary and long-term urinary drainage. Suprapubic cystostomy is indicated when transurethral catheterization is contraindicated or technically impossible. The traditional approach of suprapubic catheterization is with an open abdominal incision under general anesthesia. Some urologists prefer this method as it provides reassurance that no bowel is harmed during the procedure. However, the invasiveness and length of the surgery, the post-procedural pain, the need for anesthesia, and the cost to both the patient and the hospital are all reasons to pursue a safe and efficient alternative.

While percutaneous placement is technically simple, the risk for visceral injury is not excluded from the study. Ahluwalia et al. reported a 10% intraoperative complication rate, 2.4% risk of bowel injury, 19% 30-day complication rate following a blind technique, and a 1.8% mortality rate in 219 urology patients who underwent percutaneous suprapubic insertion with cystoscopic guidance.[3] Despite the possibility of procedural complications, suprapubic catheterization is preferred by 89% of patients over urethral catheterization mostly based on comfort and ease of use, while providing a decreased risk of infection.[3] One prospective review of men catheterized either transurethrally or suprapubically for prostatic enlargement reported a 3-year incidence of urinary tract infection of 40% in the transurethral group and 18% in the suprapubic group.[8]

Practice guidelines published by the British Association of Urological Surgeons (BAUS) recommend considering SPC in all patients with chronic urinary retention, neurological disease, urinary incontinence, post-operative care needs, traumatic injury, and those with palliative needs.[13] Ultrasound has been recommended by the BAUS as an adjunct to SPC insertion to ensure that no interposing bowel loops are present. However, the society warns that “only individuals who have received specific training and are experienced with this task” should utilize this technology. Although interventional radiologists are specially trained in ultrasound- and fluoroscopic-guided catheter placement, very few published studies describe the role the interventionalist plays regarding SPC. This retrospective case series presents the safe placement of large-bore catheters, ranging from 18 to 28F, by a small community-based IR department in 51 patients.

Large-bore suprapubic catheter placement under combined ultrasound and fluoroscopic guidance has proven to be safe and efficient. There were no serious intraoperative complications, no complications observed during the same hospital admission, and two-step procedure was rarely necessary (2 out of 51). Using direct real-time imaging, interposed bowel can be avoided, and percutaneous placement can be achieved, both in obese patients and those with complex post-operative abdominal/pelvic walls or otherwise abnormal anatomy.

Two cases we performed recently reinforce the importance of imaging guidance. These patients were not included in the above series because the first was a planned two-step procedure and the second was performed more recently, outside of the data collection window.

One large retrospective review by Cronin et al. found a 99.6% technical success rate for primary SPC insertions placed by interventional radiologists in 549 patients, although the catheters placed ranged in size only up to 14 French. These smaller catheters, however, are prone to occlusion and often require adjustment.[14]

In 2015, Flynn et al. described an “inside-out” approach, safely performing a transurethral suprapubic endo-cystostomy (T-SPeC) with a new medical device (T-SPeC, Swan Valley Medical Inc., Denver, CO). They did not report any major procedure-related complications; however, the T-SPeC procedure still required anesthesia and cystoscopy, a disadvantage over the image-guided technique described here. While their cases were mostly performed in conjunction with pelvic surgery, it remains to be seen if a transurethral approach would be as successful under light sedation.[17]

The present study is limited by a lack of a control group, overall small sample size, and limited follow-up. Moreover, the technique described here is similar to that described by Papanicolou et al. in 1989 with minor differences (the peel-away sheath was advanced over the transmural balloon instead of advancement with an inner dilator). The 5-year series reported here is nonetheless notable, as there was a high technical success rate (96%), and a series of large-bore catheters of this caliber has not been previously described. The original 1989 paper did not specify catheter size (only ≥18 F) among its 15 patients, but this series demonstrates that primary percutaneous image-guided insertion of large-bore SPC in the range of 26F is a safe bladder diversion alternative and does not require staged upsizing of a prior tract. The patients in this study were given large-bore catheters at the urologist’s request as anecdotally, they have had fewer complications and required fewer repeat procedures. Nonetheless, it remains to be seen whether this larger size truly provided clinical benefit over smaller catheters.

Not all patients require such a large catheter on initial insertion; however, larger catheters are sometimes preferred or even necessary for patients who are prone to chronic hematuria/ clotting and occlusion/sedimentation.[18,19] In these patients, the interventional radiologist may be an ideal proceduralist for this task given the benefit of image utilization as a means of problem-solving as described above.