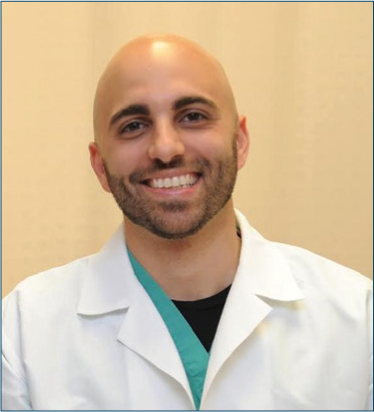 Transection injuries of the axillary artery are rare and typically involve surgical repair. This case describes an emergent endovascular treatment option, using a stent graft, in a patient that was deemed as high risk for open surgery.

Traumatic injury of the axillary artery following blunt injury is rare. Surgical repair is considered the standard approach but can be difficult for anatomic reasons, with consequent limb and life-threatening complications.[1] Endovascular therapy thus provides an alternative for therapy in the high-risk patient. Case reports exist for the management of pseudoaneurysms with stent grafts, but little to no data exists for the endovascular treatment of transections in the extremities. This report demonstrates the use of a stent graft for repair of a left axillary artery transection using a combination of retrograde and antegrade access.

A 41-year-old volunteer firefighter was pinned under a large tree branch while in the line of duty. Prolonged extrication at the site resulted in an 8-h delay to presentation to the emergency department. On arrival, he was found to be in hemorrhagic shock. On physical examination, a cold and swollen left arm was identified. Ecchymosis in the left chest wall was also present. Computerized tomography (CT) scan abnormalities demonstrated a left scapular fracture and an associated hematoma in the left axilla/anterior chest wall (Figure 1). No other areas of extravasation were identified in the chest, abdomen, or pelvis. A CT angiogram demonstrated active extravasation in the axilla but could only provide limited additional information due to poor timing of the bolus and the patient’s body habitus (body mass index 55). Despite aggressive resuscitation with IV fluids and blood products, the patient remained hypotensive and coagulopathic. Interventional radiology and vascular surgery were emergently consulted for assistance.

On initial evaluation, a faint radial pulse could be elucidated in the left hand. The left arm swelling had progressed significantly, and there was now concern for compartment syndrome. Hemoglobin was 9 and the patient’s INR was 1.9 at the time of consultation. Decision made to pursue angiography in an effort to more accuratley define the injury, and try to address it endovascularly if possible. The plan was then to transfer the patient to the OR for emergent fasciotomy with possible surgical exploration/bypass (if needed). Unfortunately, by this point, almost 10 h passed and the overall prognosis was poor.

The patient was quickly transferred to the interventional radiology suite. Anesthesia was present for the procedure to assist with hemodynamic support. The patient was still receiving blood products, including fresh frozen plasma and packed red blood cells, in an effort to try to correct his coagulopathies. A central line had already been placed in the right groin and so, the patient’s left groin was accessed for the angiogram. A 6F 10 cm Pinnacle sheath (Terumo) was placed into the left common femoral artery using ultrasound-guided access. Selective angiography through a 4F Glidecath (Terumo) demonstrated complete transection of the left axillary artery with active extravasation (Figure 2). A 5F Fogarty balloon (Edwards) was gently inflated, and very quickly, ultrasound-guided retrograde access was performed into small but pulsatile left radial artery (3 mm in diameter). A 6F Slender sheath (Terumo) was placed into the radial artery after ultrasound-guided access. Angiography demonstrated significant retraction of the stumps of the axillary artery in addition to the transection injury (Figure 3).

After a brief discussion of options with vascular surgery, it was elected to try to achieve “through and through” across the hematoma if possible. A 6F Atrieve snare catheter (Argon Medical) was placed into axillary hematoma through the radial access. The Fogarty balloon was deflated and removed over a wire. Quickly, a 4F Navicross (Terumo) catheter was placed antegrade through the left groin access. Within a few minutes, an 0.018 wire (Glidewire advantage, Terumo) was successfully snared in the soft tissue/ hematoma, and “body flossing” was performed from the left groin to the left wrist with a 0.018 wire. Next, the existing groin sheath was exchanged for a 6F Cook Shuttle sheath (Cook). Next, an 8 mm × 15 cm stent graft (Viabahn, Gore Medical) was placed with 3–4 cm overlap into the native arteries on each side followed by angioplasty with a 6 mm balloon (Figure 4). In-line flow was now present with no extravasation (Figures 5 and 6). Thrombosis/spasm of the radial artery was noted, but flow to the hand was present through the ulnar artery. A radial artery compression device (TR Band, Terumo) was placed at the radial site, and the left groin sheath was left in place, to be used as an arterial line. The patient subsequently underwent fasciotomy in the OR. The sheath was removed the next day when the patient’s coagulopathy improved.

Unfortunately, despite successful revascularization, the patient ended up with a transhumeral amputation 1 week later due to extensive muscle necrosis. At the time of the amputation, it was noted that the flow into the brachial artery remained robust.

The axillary artery originates from the subclavian artery, beginning at the lateral margin of the first rib and ending in the brachial artery at the inferior border of the teres major muscle. Considerable collateral supply exists around it to the shoulder and upper extremity and includes the subscapular and circumflex humeral arteries.

Axillary artery injuries constitute <5% of all major arterial injuries, and the majority of these are penetrating in nature.[2] Blunt trauma constitutes 5–8% of axillary artery injury cases.[3,4] “Typical” signs of injury can include those of acute limb ischemia, but those symptoms can sometimes be absent because of the rich collateral supply around the shoulder.

High rates of morbidity and mortality are associated with complex surgical exposure and repair of the axillary artery.[5] Surgical techniques involve supraclavicular, infraclavicular, median sternotomy, and thoracotomy approaches.[6] It is considered difficult, however, to achieve proximal and distal control due to the need for extensive dissection. In our specific case report, the patient’s obesity and coagulopathy would have added additional complexity in an unstable patient, making endovascular methods a compelling alternative when feasible. In fact, endovascular therapy for the treatment of pseudoaneurysms with stent grafts has already been described as a viable alternative in that setting.[7,8] Our case expands the possible role for stent grafts in the periphery.

Long-term viability of covered stents in the axillary artery remains unknown although data exist to support its use. Follow-up patency rates of up to 84.4% have been reported for endovascular management of peripheral vascular injuries.[9] The approach described in this case report is not without risk, but in patients that are high risk for surgery, or in whom long-term patency is not the primary concern, this may serve as a bridging option.

Endovascular management of axillary artery transection due to blunt injury should be considered in patients who are at high risk for surgical intervention. However, there is scarce data about the use of grafts in such cases and its long-term success rates. This case describes a possible alternative to surgical exploration for peripheral vascular injuries.